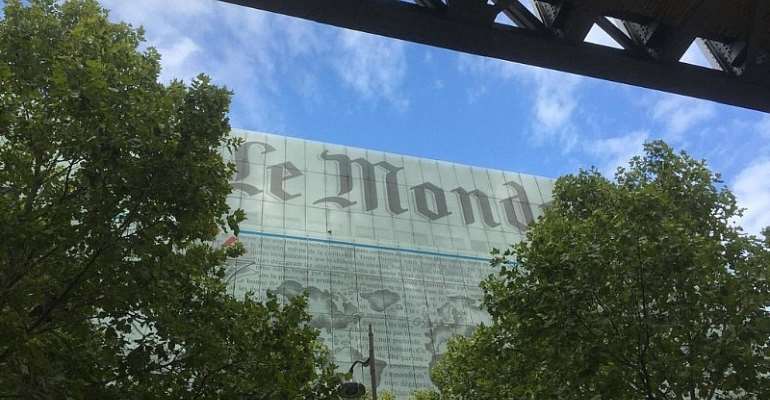 The French cartoonist Xavier Gorce has quit Le Monde after the newspaper issued an apology for publishing one of his cartoons earlier this week. The 18-year veteran of the centrist daily described his decision as "personal, unilateral and definitive".

France's intellectual elite was rocked this month by a claim that high-profile political commentator Olivier Duhamel sexually abused his 14-year-old stepson, prompting social media users to speak out under the hashtag #MeTooInceste.

In a cartoon published in Le Monde's daily newsletter this week, Xavier Gorce reflected on the controversy with a drawing of two penguins.

The smaller penguin asks the other: "If I was abused by the adopted half-brother of the partner of my transgender father who has now become my mother, is that incest?"

The cartoon provoked reaction on social media platforms from some users who accused Gorce of transphobia and mocking the victims of sex abuse.

Le Monde's editor-in-chief Caroline Monnot apologised to readers, saying the cartoon should not have been published.

"This drawing can indeed be read as trivialising the seriousness of acts of incest, using inappropriate terms towards victims and transgender people," she said.

'My drawings will continue'

"Freedom cannot be negotiated," Gorce said in response, announcing that he would no longer work for the daily paper in which his cartoons have appeared for the past 18 years.

"My drawings will continue."
He also posted a final sketch for Le Monde, again featuring two penguins – this time both adults – with one asking: "Do you have a health certificate for your sense of humour?"

Olivier Duhamel is under criminal investigation after his stepdaughter Camille Kouchner published the allegations that he abused her twin brother when they were 14 years old.

Freedom of speech and its limits has been a burning issue since Islamist gunmen massacred staff at the Charlie Hebdo magazine in 2015 after it published cartoons of the prophet Mohammed.