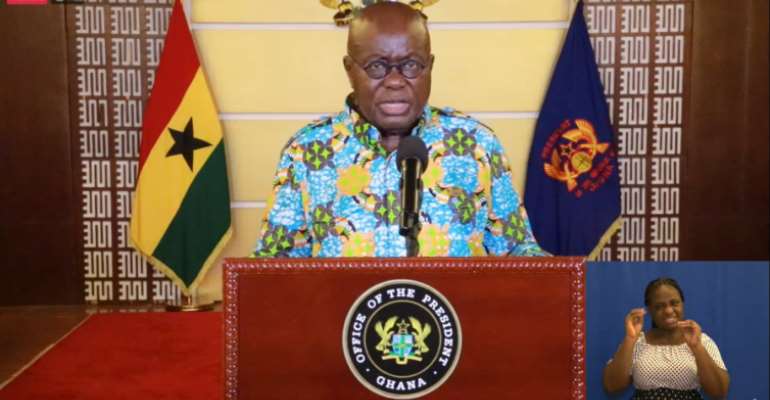 President Akufo-Addo is expected to submit the names of forty-six (46) Ministers-designate he has appointed in his second term to Parliamentary today, Thursday, January 21, 2021, for vetting and approval.

Although the names of the appointees are yet to be made public, Government in a statement said, sixteen out of the 46 will be Regional Ministers, with thirty others being appointed as Ministers.

Eight (8) of the Ministers are women – six Ministers and two Regional Ministers.

A statement from the Communications Directorate of the Jubilee House said the “President has decided that there will be no Deputy Regional Ministers.”

“The President of the Republic, Nana Addo Dankwa Akufo-Addo, will, on Thursday, 21st January

2021, submit to Parliament the list of proposed Ministers and Regional Ministers of his new

government to the Speaker of Parliament for the process of their prior approval for appointment,

in accordance with the dictates of the Constitution. In all, President Akufo-Addo will appoint a total of thirty (30) Ministers, and sixteen (16) Regional Ministers, bringing the total number of Ministers to forty-six (46). Eight (8) of this number are women – six (6) Ministers and two (2) Regional Ministers. This is the list that will be submitted to Parliament by the President on Thursday.”

The Ministries were realigned “because virtually all these special-purpose Ministries have achieved the purposes for which they were established.”

The Office of the Senior Minister has also been abolished.

The realignment will result in a total of twenty-eight (28) Ministries, down from the thirty-six (36) of the President’s first term.

Activities of the Inner City and Zongo Development Ministry, according to the statement, “are to be brought under the Presidency, with a Co-ordinator appointed to supervise, as well as exercise oversight responsibility over the Zongo Development Fund.”

The newly-renamed Ministry of Local Government, Decentralisation and Rural Development will be tasked with overseeing the outstanding activities of the erstwhile Regional Re-organisation and Development Ministry.

“Matters to do with the Special Development Initiatives Ministry will be co-ordinated from the Presidency, as will be those of the Monitoring and Evaluation Ministry,” the statement added.

A new Minister for Energy is to be appointed, who will be assisted by deputy ministers, one of whom will be an indigene of the Western Region.

The statement also indicated that the President intends to appoint a Minister for Public Enterprises, who will be “operating directly under the ambit of the Presidency, and not from a Ministry.”

“The Minister will oversee a major restructuring of the entire state-owned enterprises’ sector to improve the productivity and profitability of the sector.”