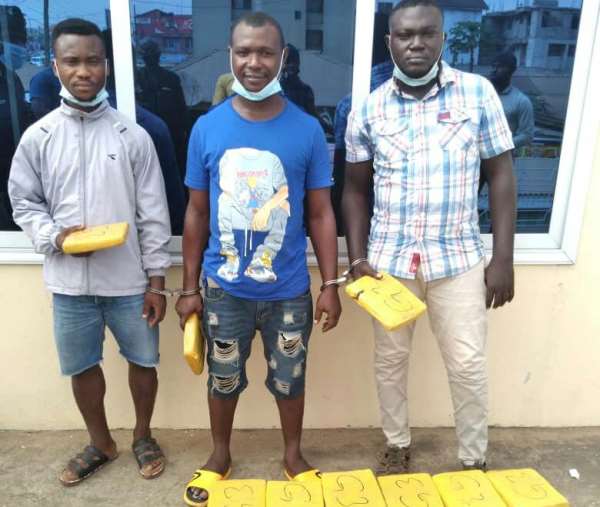 Three persons have been arrested by the Ashaiman District Police for alleged unlawful possession of narcotics.

They were said to be conveying 46 slabs of dried leaves suspected to be cannabis to Ashaiman township when they were intercepted.

Chief Inspector Stella Dede Dzakpasu, spokeswoman for the Tema Regional Police Command said last Wednesday January 20, 2021 at about 9am, the Ashaiman District Police had intelligence to the effect that a wine coloured Hyundai Jet car with registration number GT 3294-20 with three occupants on board driving from Afariwah junction to Ashaiman town through Bethlehem was loaded with some quantity of compressed dried plant materials suspected to be narcotics in a bag on board. 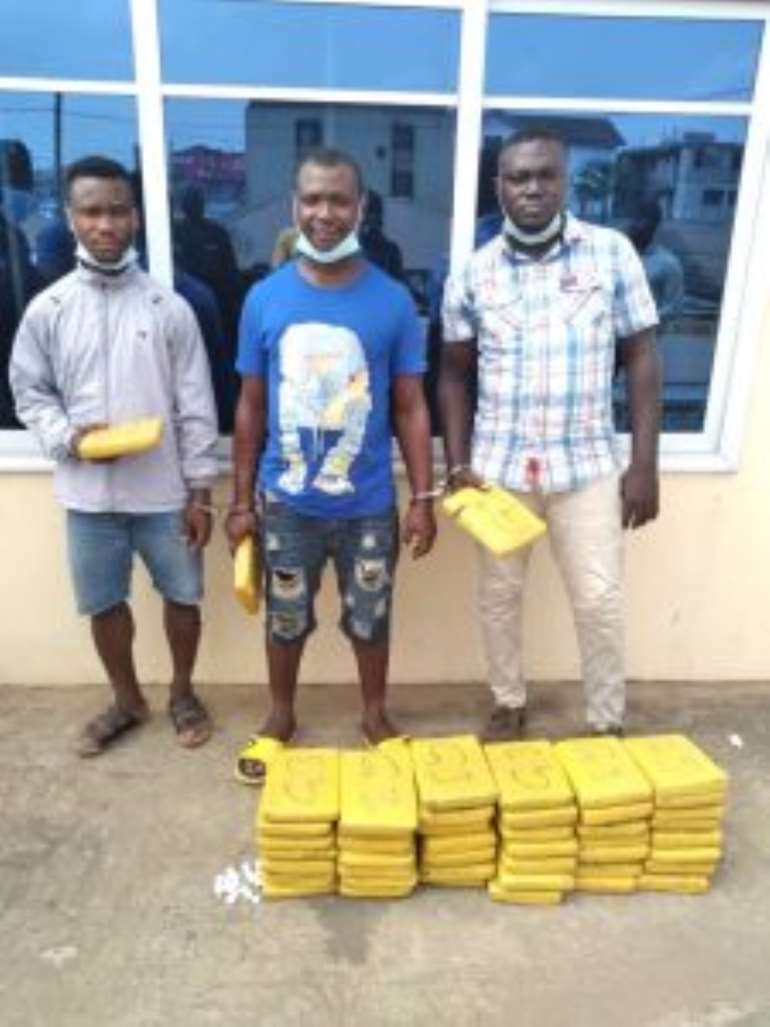 According to her, police armed with such Intel proceeded to Bethlehem and intercepted the said car with the suspects onboard.

“A search conducted by Police on the suspects and luggage led to the discovery of 46 slabs of compressed dried leaves suspected to be Indian hemp mixed with quantity of camphor were found in a “Ghana Must Go” bag at the luggage compartment of the said car,” she mentioned.

She said the suspects are in custody assisting investigations whilst the car has been impounded and exhibits retrieved and retained for evidential purposes during prosecution.