Rafales to the fore as India, France conduct air exercises in Rajasthan 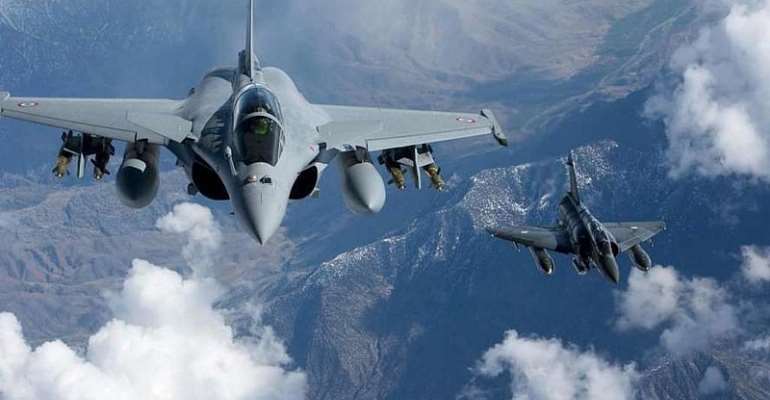 India and France have embarked on a joint air exercise in the western Indian state of Rajasthan. Codenamed Desert Knight-21, the venture is viewed as an important milestone in the military-commercial engagement between the two countries.

According to Indian Air Force (IAF) officials, the aim of the exercise in which India and France will deploy fighters, transport planes and mid-air refuelling aircraft over five days, is to provide operational exposure and share best practices with a view to enhancing combat capabilities.

The IAF will deploy its French-made Rafale fighters, along with Sukhoi and Mirage 2000 combat jets. Also in action will be the Airborne Warning and Control System (AWACS).

"The French side will participate with Rafale, Airbus A330 Multi-Role Tanker Transport, A-400M Tactical Transport aircraft," the IAF said in a statement, adding around 175 French personnel will take part in the exercise.

The French detachment for Desert Knight-21 is deployed in Asia as part of its Skyros Deployment and is transiting through India.

"As the two detachments commence their air exchange, they will put into practice operational experience gained across terrains and spectrums and endeavour to exchange ideas and best practices to enhance interoperability," said the IAF, while announcing the line-up of aircraft taking part in the war games.

The exercise is taking place at a time when India and China are locked in a tense border row in the eastern Ladakh sector in the Himalayan region, which is described as the biggest military confrontation in nearly five decades.

“With its fantastic electronic warfare suite and manoeuvrability, the Rafale will be able use mountainous terrain in Tibet to its advantage and blind the enemy before India's strike aircraft penetrate hostile airspace to carry out their missions,” former Chief of Air Staff Marshal B S Dhanoa, said in a recent interview.

France has been one of India's steadfast materiel suppliers for decades.

The Rafale fighter has been of huge significance. “Its induction has added to the operational punch of the IAF. This will give India air superiority apart from the fact that it enhances its air defence,” Happymon Jacob, an international relations expert, told RFI.

The first batch of five Rafale combat jets, manufactured by French aerospace company Dassault Aviation, arrived at the Ambala air base in the northern state of Haryana last July.

At the height of the coronavirus pandemic, France's Defence Minister Florence Parly made a whirlwind visit to India for the induction.

India has agreed with the French government to purchase 36 new Rafale fighter jets in a deal worth nearly €8 billion. The delivery of three jets later this month will take the number of Rafales in the IAF's inventory to 11.

The Rafale is considered to be one of the finest fighter planes in the world, and is described as an "omnirole" aircraft that can take up several missions on a single flight.

The Rafale jets will also take part in this year's Republic Day flypast.

Your utterance will play into the unwitting hands of detract...
10 minutes ago