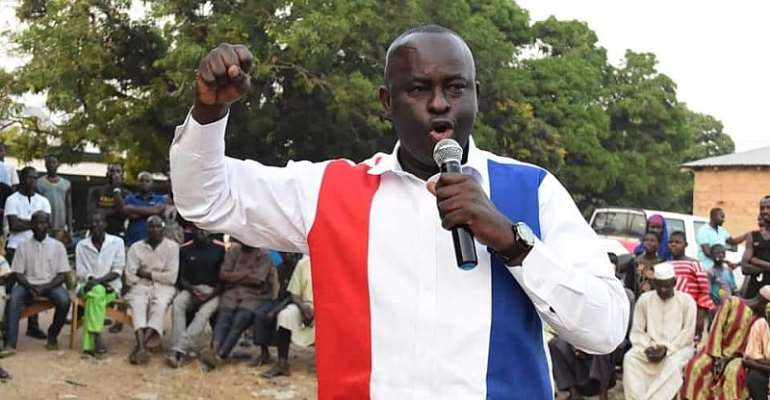 This comes on the back of a press conference held by some youth in the Constituency who have kicked against retaining Dr Hafiz Bin Salih as Minister for Upper West Region.

According to the said group, Dr. Hafiz Bin Salih belongs to a group within the NPP party in the Wa Central Constituency who worked against the Parliamentary Candidate Hajia Humu Awudu in the 2020 general elections.

They also allege that Dr Hafiz Bin Salih did not do enough for the NPP in the run-up to the elections which resulted in the party losing a number of seats in the Upper West Region.

Having taken notice of the accusation, Mr. Mujeeb-Rahaman Abubakar has jumped to the defense of Dr. Hafiz Bin Salih.

While rubbishing all the accusations, the former NPP Wa Central Constituency Secretary has emphasized that Dr. Hafiz Bin Salih is the most qualified person to serve as Minister for the Upper West Region again.

“By any stretch of the imagination and without any iota of doubt, the Upper West Region cannot be asking for another person to occupy the position of a Regional Minister when the Hon Hafiz Bin Salih is available and ready to serve his country and his people. This young man is imbued with the vision and ideology of the New Patriotic Party, and he has lived through the party and practically eats, drinks and sleeps the NPP,” part of a press release from Mr. Mujeeb-Rahaman Abubakar has said.

Meanwhile, Mr Mujeeb-Rahaman Abubakar has alleged that some NPP bigwigs are working in the background and pushing the youth in the Wa Central Constituency to discredit Dr Hafiz Bin Salih. 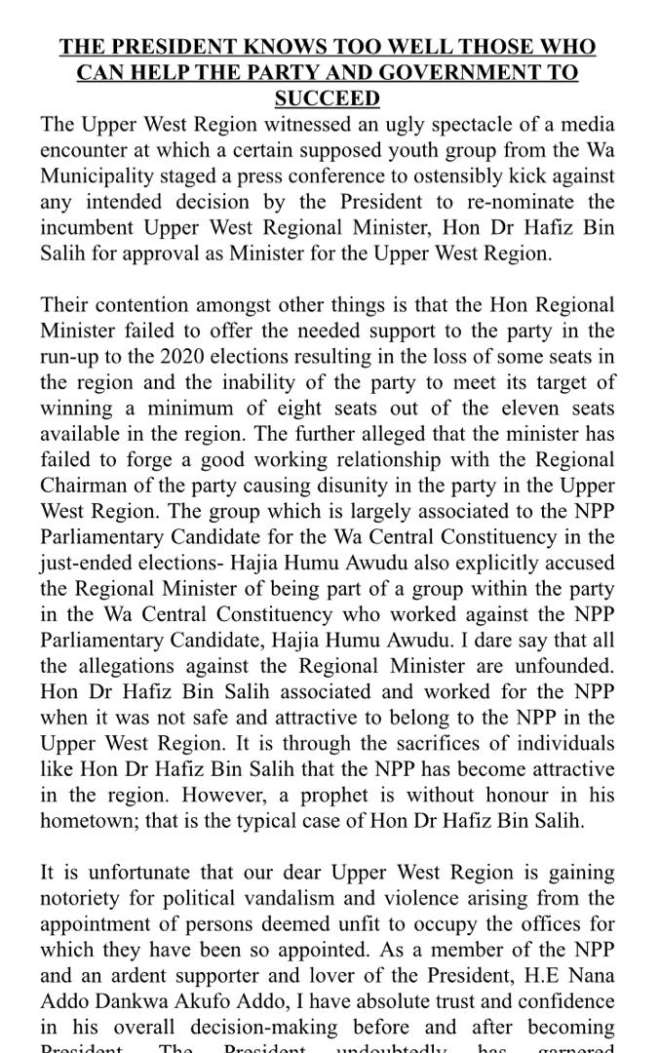 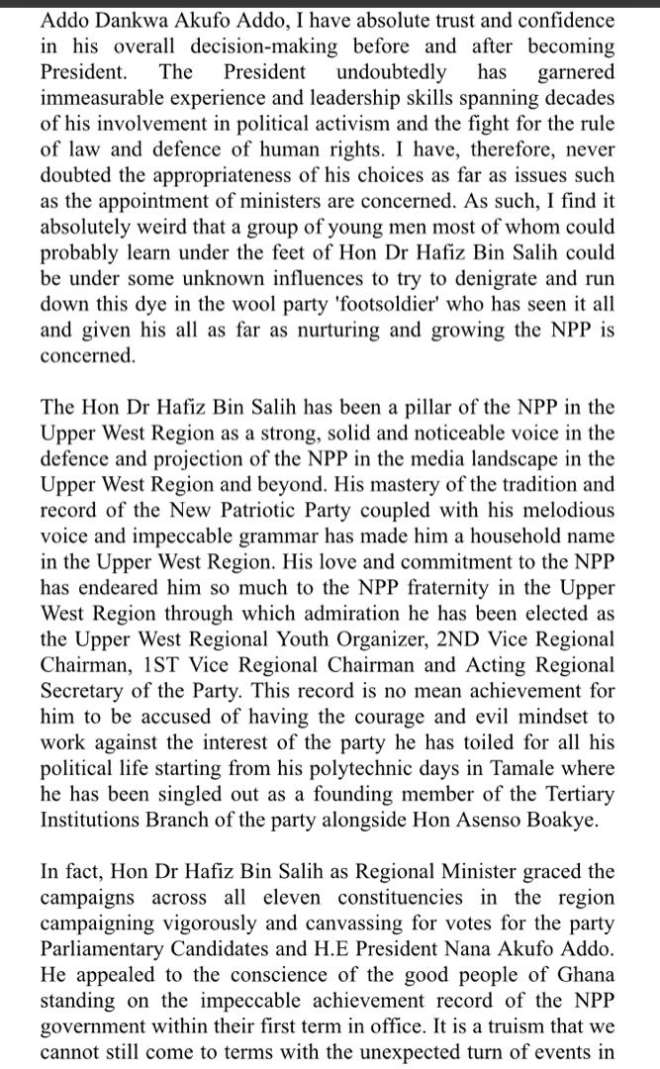 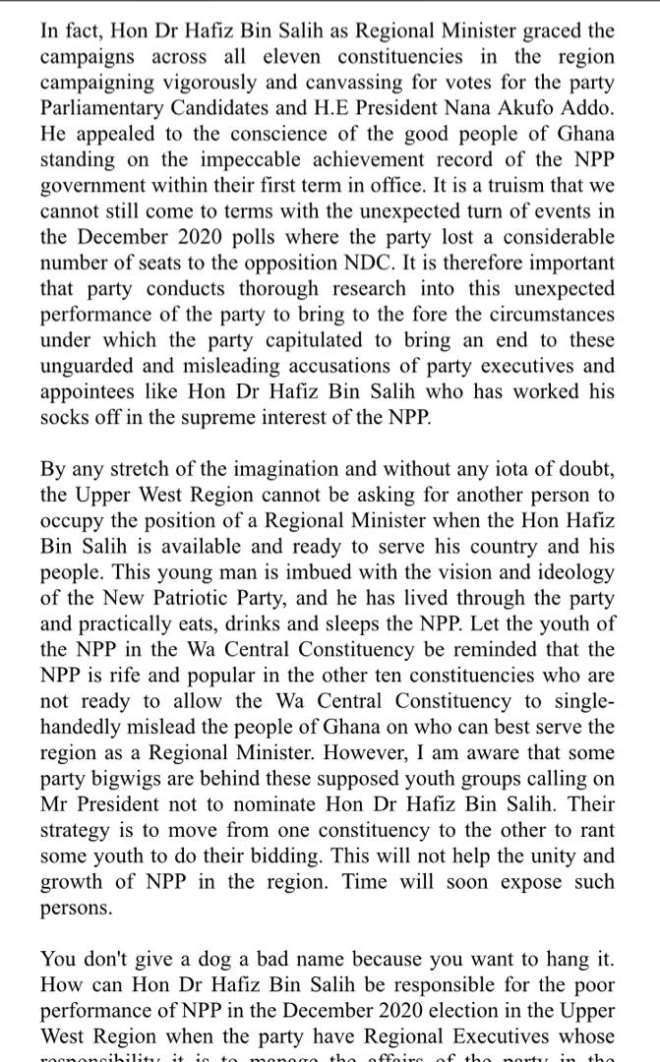 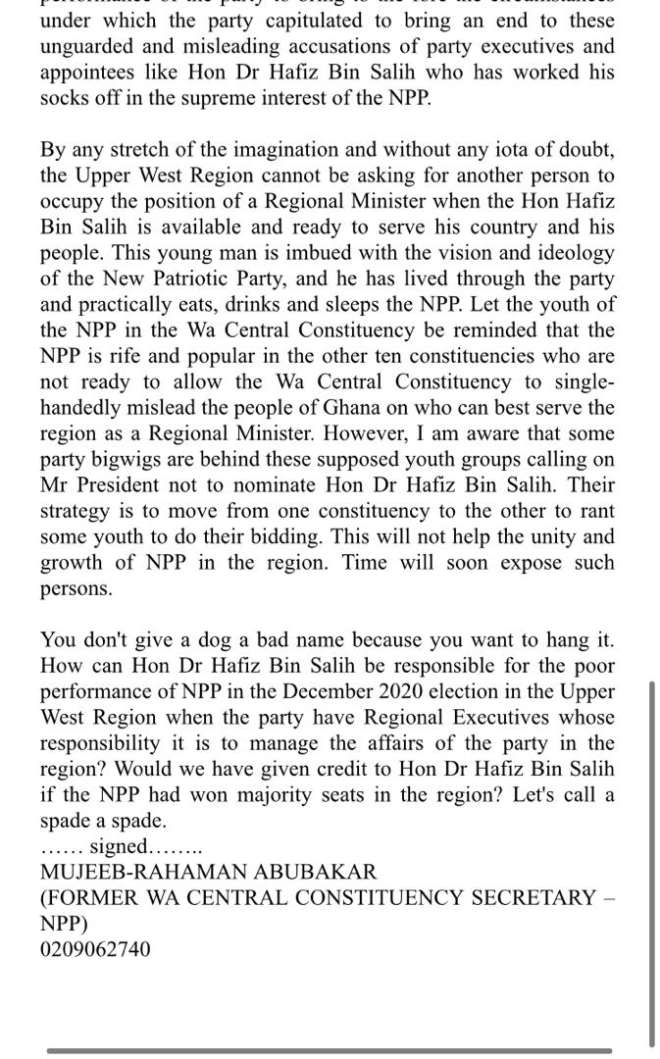 Our leaders should swear with eggs that they’re against LGBT...
57 minutes ago