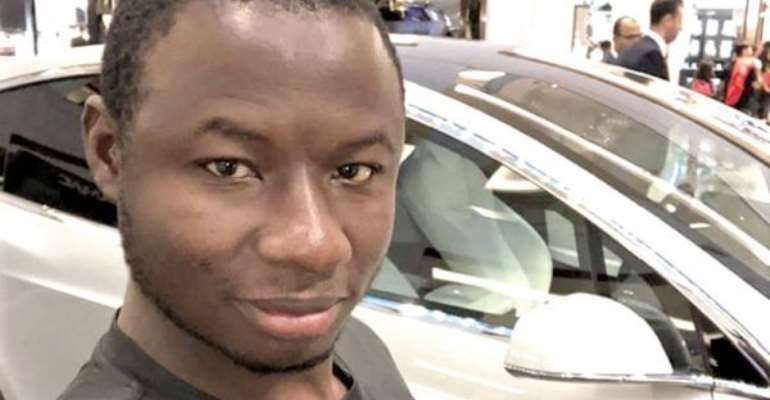 The murder of Ahmed Hussein-Suale Divela two years ago sent a chilling message.

That message was and so far continues to be that a journalist can be shot and killed in Ghana’s capital city after working to uncover high-level corruption, and no one will be held accountable.

Murder is the ultimate form of censorship. It seeks to silence the journalist and their reporting, to intimidate those that would continue their work, and to replace clarity of purpose with fear.

Prior to his killing, Hussein-Suale told CP ​ J ​ that he was aware of the threats against him and that those who sought to harm him were “associated with powers that be in Ghana and can do anything and get away with it."

Those words have echoed forward these past two years in the cavernous absence of accountability.

Suale’s words also resonate with too many other cases where attacks on Ghanaian journalists have occurred with impunity.

It has been nearly three years since police officers dragged journalist Latif Iddris ​ u into the​ criminal investigation department headquarters in Accra and beat him. Iddrisu has sued the police and attorney general in a case will be back in court on January 26, but the fact that the officers responsible have yet to be identified sends a similar message to that of Suale’s killing.

It is not too late to change the message ​ of these attacks.

The Committee to Protect Journalists has not forgotten Ahmed Hussein-Suale and how no one has been held accountable for his murder. Nor have we forgotten the violent beating of Latif Idrissu in 2018, or the far too many other journalists in Ghana that have been harassed, attacked, or arrested for their work.

We know that the press in Ghana have not forgotten either. And together we will continue to call for justice.