Biden sworn in as 46th US President 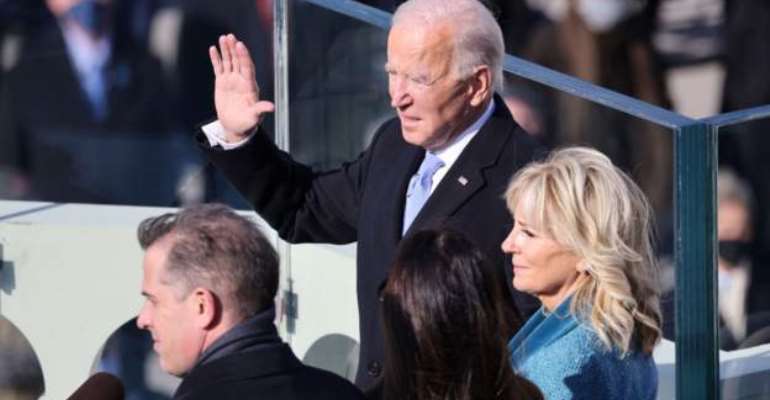 After vowing to uphold and defend the Constitution of the United States of America (USA), Joe Biden has officially been sworn in as US President.

His oath of office was administered by America’s Supreme Court Justice John Roberts.

Speaking of the challenges that his administration will face, including the pandemic and the rise of “white supremacy”, Biden says he will “confront and we will defeat” each obstacle.

He repeats his campaign vow to “restore the soul of the future of America,” but says doing so “requires so much more than words”.

“It requires the most elusive of all things in a democracy: Unity.”

Biden is calling for more mutual respect in society, saying that unity is necessary for American greatness.

“Stop the shouting and lower the temperatures,” says Biden, adding that “without unity there is no peace”.

“Unity is the path forward,” he continues.

“And we must meet this moment as the United States of America,” he says, emphasising the word “united”.