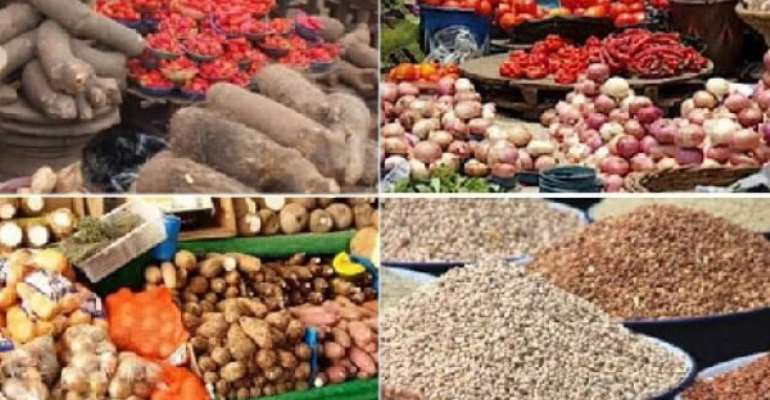 Prices of foodstuffs at Garu market in the Upper East Region have increased after the Christmas and New Year celebrations.

This is affecting incomes of traders and reducing the purchasing power of consumers.

The market looked deserted with some stalls empty even on a market day when the Ghana News Agency visited to find out the prices of goods after the festivities.

Ms Fausia Dasmani, a retailer who sells tomatoes, onions and pepper, said a basin of tomatoes for 100 Ghana cedis but that had increased to 120 Ghana cedis.

While five to six pieces which were sold at 1 Ghana cedis has now reduced to four pieces for the same price and six bulbs of onions which were GH¢1.00 presently sells at 4 for 1 Ghana cedis.

According to her after the festive season sales dropped drastically, affecting their profit margins and causing some traders to incur losses.

Ms Dasmani decried the alarming rate at which tomatoes were getting rotten due to lack of market.

She said though she had devised a way of reducing the prices of the vegetables she sold to maintain her customers and the quality of her goods, her profit margin had significantly reduced.

Miss Stella Bukari, who sells beans at the market, said she used to buy a basin of beans for GH¢250.00 from the farm gates but that had increased to GH¢300.00.

She said, because of the increasing prices, a bowl of beans, that is cowpea, which was sold at 16 Ghana cedis in December, currently cost 20 Ghana cedis per bowl.

Madam Martha Kumi, who sells green pepper, garden eggs, local rice and groundnuts, said the prices of some fresh vegetables had reduced because they were currently being harvested and demand was low.

Madam Kumi attributed the price hikes to poor harvest due to the floods that destroyed many farms last September.

She, therefore, appealed to the government to support traders in the Garu area with loans to enable them to diversify and engage in farming to increase their income and boost their businesses.

Miss Hawa Yakubu who sells yam said its price had not changed.

“It still sells at 5 Ghana cedis per tuber and because it is perishable, we cannot afford to keep it for long despite transportation charges we incur to bring them to the market we have to sell them fast.”

Manual on COVID-19 vaccination being developed for public se...
37 minutes ago