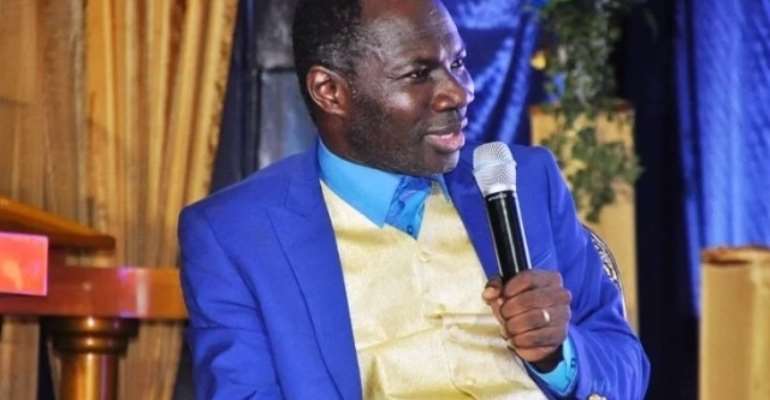 “Prophet” Emmanuel Badu Kobi, the founder and leader of the Glorious Wave Church, either he is of God’s or the devil’s, had better keep his chattering mouth shut, and stay away from election prophecies. He is simply a walking confusion for all selfish and greedy reasons.

By the failures of his numerous election results prophecies coupled with his alleged womanising, established instances of evading payment of taxes on his cars, swindling his church members and planting fear in them, he could only be a prophet of the devil much as the biblical Baal prophets were. He is no way a prophet of the Almighty God, the Creator of Heaven and earth.

Which of his election prophecies has come to pass, someone must please tell me? He prophesied election win for then presidential candidate John Dramani Mahama in both elections 2016 and 2020 but both turned out to be false. In the event of American President Donald Trump losing the 3 November 2020 American presidential election, with the electoral college votes collated in favour of presidential-contestant Joe Biden, Emmanuel Badu Kobi still had the shameless audacity, and with the poisonous lying tongue of the serpent, stood in front of his church members to declare that surely, come 20 January 2021, the defeated President Trump will be installed the President of the United States of America for a second term.

How can Badu Kobi make a fool of himself like that? Why again should his congregation make big fools of themselves by clapping in agreement with Badu Kobi to his hallucinations? I cannot understand why some Ghanaians continue to trust the false prophecies coming out of the mouth of Badu Kobi, one among the many useless material-wealth-seeking so-called prophets in Ghana?

Today is Tuesday, 19 January 2021, and there is only a day to go to see if indeed Donald Trump will be sworn in for a second term in office, as insanely prophesied by Badu Kobi. In less than 24 hours, Wednesday, 20 January 2021, Badu Kobi will have been exposed as the lying prophet in Ghana same s his colleague Nigel Gaisie.

From information in the public domain, Donald Trump will be organising his send-off party at the same time that President-elect Joe Biden will be in Washington DC for his investiture as the American 47thPresident.

Shame on liar Badu Kobi and his congregations and fans who swallow his nonsensical prophecies, predictions so to speak, hook, line and sinker.