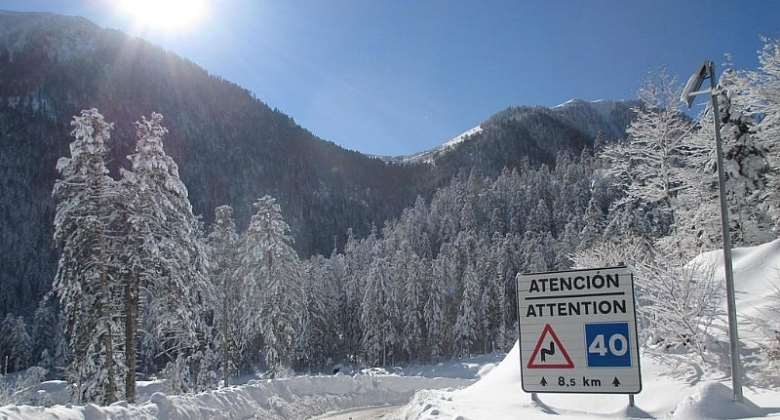 Several officials of France's southern Occitanie region have denounced an anti-migrant demonstration conducted in the Pyrénées Mountains by the far-right Génération Identitaire, a group subject to frequent calls for bans.

Several officials of France's southern Occitanie region have denounced an anti-migrant demonstration conducted in the Pyrénées Mountains by the far-right Génération Identitaire, a group subject to frequent calls for bans.

French police said some 30 people in pickup trucks bearing the far-right group's “Defend Europe” logo set up on the Col du Portillon pass on the Franco-Spanish border, with some members going into the mountains and using a drone to monitor the border.

Some of the far-right activists were removed from a hydroelectric dam at nearby Melles during an action the group said was to counter the “terrorist and migratory risk in the Pyrénées”.

The operation lasted a few hours but received considerable media attention and criticism from some of the region's top public officials.

“This operation, completely illegal, was just a way of creating a buzz in the media and to allow these extremists to develop their hateful discourse,” read a statement signed by regional president Carole Delga and other officials, many from the Socialist Party.

“I have asked the prefect of Occitanie to immediately and definitively put an end to this show of strength that runs contrary to the values of the Republic and our territory,” Delga wrote on Twitter. “This far-right coup must be banned by the interior ministry.”

State officials in the Haute-Garonne department were more mitigated, saying the incident was “purely symbolic and caused no trouble to public order but which unnecessarily involved an intervention of the security forces, turning them away from their mission of monitoring the border”, according a statement from prefect Etienne Guyot.

France and Spain are members of the European Union's Schengen area, which guarantees free movement across borders of member states.

The prefecture in the Haute-Garonne decided in early January to close the Col du Portillon, which had become an entry point for undocumented migrants crossing on foot.

“We are there to keep a close watch on how these measures are applied and to help the police forces to prevent migrants from entering France,” read a message posted in four languages, including English.

The action came a month after an appeals court in Grenoble overturned convictions for the group and three of its members over a similar operation in the Alps, along the Franco-Italian, in 2018.

The group and the three members had been found guilty of “exercising an activity in conditions whose nature created confusion with a public service” for their roles in actions in which about a hundred members of the group, with two helicopters and several pickup trucks blocked migrant routes in the mountains. The court overturned six-month prison sentences and 2,000-euro fines for the members and a 75,000-euro fine for the group.

Génération Identitaire was founded in 2012 as part of an “identitarian” trend on the French far-right.

In 2017, it joined other European far-right groups in chartering a ship aiming to stop NGO vessels from rescuing migrants in the Mediterranean Sea.

France's government receives frequent calls for the group to be banned.