Can Joe Biden undo four decades of distrust of Tehran? 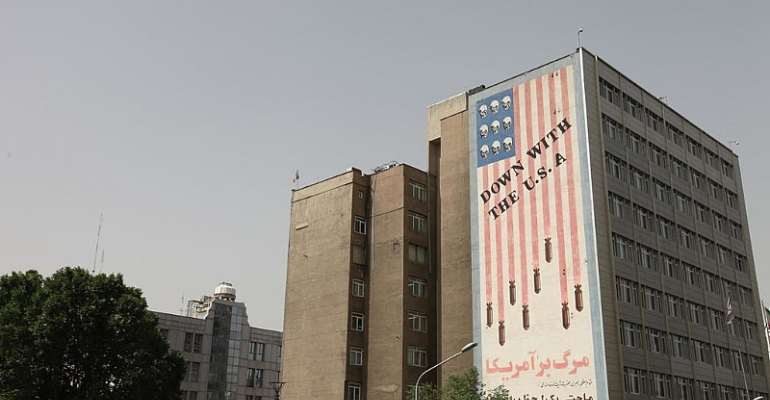 On 20 January 1981, Iranian hostage-takers freed 52 Americans from the US Embassy in Tehran, after an ordeal that had lasted 444 days. The relationship between Iran and the US never recovered, and the two countries still see each other as mortal enemies. Can the Biden administration change anything?

"It soured the US public on the Iranian regime, to a significant degree, and that had a lasting effect," says Gareth Porter, author of The CIA Insider's Guide to the Iran Crisis (2020), written together with former CIA counter-terrorism author John Kiriakou.

On 24 November 1979, seven months after cleric Ayatollah Khomeini had taken the helm in the "Islamic State of Iran," a mob of students, angry with the US's support for the deposed Shah Reza Pahlavi, stormed the US embassy in Tehran and took most of the personnel hostage.

A rescue attempt (codenamed "Eagle Claw") aimed at freeing the hostages in April 1980 by the US Delta Force elite corps in eight helicopters failed because of a sandstorm . . . effectively costing US President Jimmy Carter his presidency.

The Iranians agreed to release the hostages on 1 January 1981, the day that Ronald Reagan was sworn in as President of the United States.

The hostage crisis set the tone for Iran's hatred of America – exemplified by daily sermons against “The Imperialist Satan” – while the US increasingly saw Iran as a “sponsor of global terrorism” after 241 US and 58 French military personnel were killed in an attack by a suicide bomber at Beirut's military airport, an attack allegedly carried out by Iranian-backed terrorists.

The Tehran hostage crisis was pushed into the background with outbreak of the brutal Iran-Iraq war. The Reagan administration had an “extremely strong policy of support for the Iraqi regime,” says Porter.

“The United States provided intelligence and arms indirectly to Iraq, and gave approval for the use of chemical weapons against Iran. And this, of course, is an extremely grave issue in terms of Iran's view of the United States,” he says.

There have been some attempts at reconciliation.
After the 11 September 2001 Al Qaeda attacks on the World Trade Center in New York, Iran offered the US help in hunting down terrorists suspected of having links with Bin Laden's group, which had claimed the assault.

But President George W. Bush, in his 2002 State of the Union address, declared Iran to be part of the "axis of evil," a group of countries, including Iraq and North Korea, which the US leader believed to be responsible for most of the world's terrorism. The remarks ended all hope of overt cooperation between Tehran and Washington.

Nuclear bomb?
Suspicion and accusations, spearheaded by the US and Israel in the early 2000s, that Iran was developing a nuclear weapon, then lead to UN sanctions that increasingly crippled the Iranian economy.

Porter, in his earlier book Manufactured Crisis, suggests that Iran does not have the intention to develop a nuclear bomb, but merely uses the threat to improve its position at the negotiating table.

He says that the current situation evolved from "a parade of mistakes that were made by the United States, which then led to the accusation by the George W. Bush administration, that Iran was trying to get nuclear weapons and a policy that resulted in a division at the global level between the United States and its allies, and even Russia and China, against Iran."

A more moderate Iran policy by Bush's successor, Barack Obama, resulted in the 2015 Joint Comprehensive Plan of Action (JCPOA), the nuclear deal that would restrict Iran's production of nuclear material, and in return for a gradual lifting of sanctions.

But on 18 May 2018, Donald Trump unilaterally walked away from the deal, calling it "terrible." He also had the US Treasury re-impose sanctions on Iran.

Hardened position?
"We still have this problem hanging over the new Biden administration," says Porter.

After the Trump walkout from the deal, the Iranians started to increase production of nuclear material gradually, the most recent step coming as Tehran announced its intention to "enrich uranium to up to 20 percent purity," well beyond the threshold set by the 2015 Vienna accord.

"My fear is that the Biden administration does not understand what is going on," says Gareth Porter.

He points out that Iranians also increased production of nuclear products on the eve of negotiations with the Obama government.

The Biden administration may miss this point. In that case, they may see the current situation as "further evidence that Iran wants nuclear weapons. And they will harden their position rather than coming to an agreement with Iran," Porter predicts.