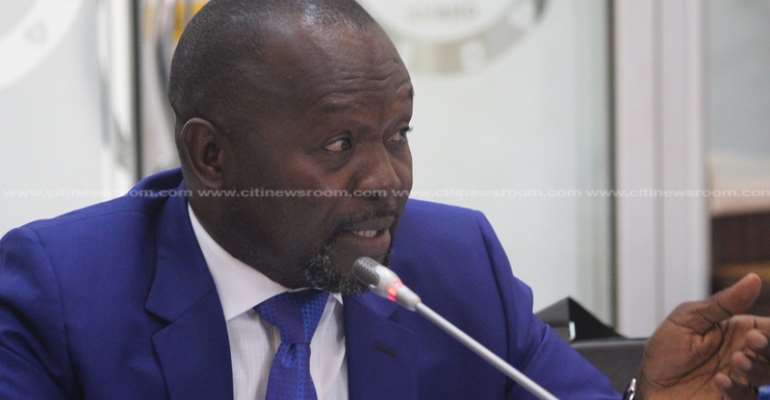 The Supreme Court has rebuked senior lawyer, Dominic Ayine for what it deemed as unruly behaviour he displayed in open court on Wednesday, January 20, 2021.

Chief Justice Anin Yeboah, accused Dr. Ayine of making some gestures while the justices were addressing lead counsel for the petitioner, Tsatsu Tsikata on his concerns about “limited time for some of the processes.”

The court said it was improper and unfair for Mr. Ayine to throw gestures against the bench, although he is not part of the legal counsel in the ongoing election petition.

Mr. Ayine, you are a senior member of the court. When the bench engages counsel, you don’t sit down and make gestures as if you are part of the legal team. I’ve been watching you. This is not fair. The other time, we heard you clearly when an objection was taken. When the representations were announced, I asked Mr. Tsikata whether they were limiting themselves to only two counsel. And he said he was with Mr. Lithur. So, Mr. Ayine, out of respect for you, don’t do that again,” the Chief Justice advised.

Dr. Ayine apologized to the court for his actions.

Meanwhile, the Supreme Court has set out five issues for determination in the election petition filed by John Dramani Mahama, the National Democratic Congress' presidential candidate in the 2020 polls.

The court also set out modalities within which the petition will be conducted.

But Mr. Tsikata among other things wanted the court to factor what he said were some “outstanding issues” in the timeline but that was not done.

He cited a fresh application filed by his team for a review of the court's January 19, 2021 ruling on their interrogatories as an example of what should have been factored in the timelines.

He also suggested that the time allocated for the filing of witness statements was inadequate.

“The timeline that is provided for us to have witness statements does not seem to be justified… I do know about the schedule provided, but I also know that your lordships are here to administer justice and that justice should not be sacrificed for expedition,” Tsatsu Tsikata said in court on Wednesday.

But Justice Yaw Appau, one of the justice on the seven-member panel hearing the case, differed in view.

According to him, the application for a review of the court's judgement on the interrogatories of the petitioner does not amount to a stay of execution hence the case can still go on without a decision from the requested review.

The Court subsequently adjourned to Tuesday, January 26, 2021, for hearing to commence on the substantive petition.

We don't want 'trumu trumu' or animal love here; LGBT is not...
13 minutes ago