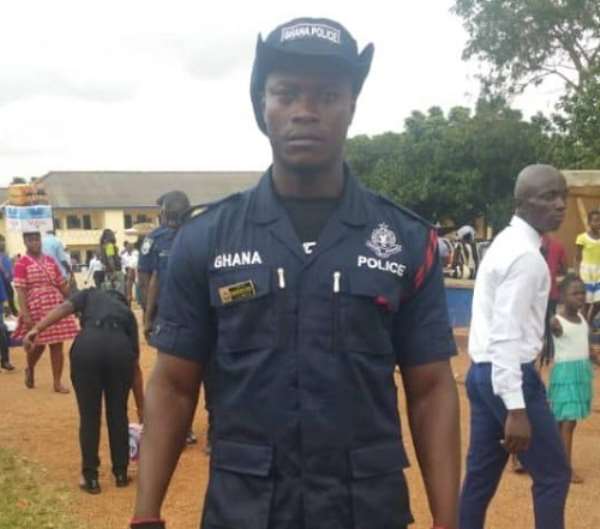 A man has been arrested for dressing in a police uniform and directing traffic in some parts of Kumasi.

The incident occurred at 8pm on January 14, 2021, when a joint police and military patrol team caught up with him when they were on patrol.

The law enforcement agents became suspicious when they saw Agyeman, so they confronted him.

A police report stated that Agyeman fumbled and panicked when he was being interrogated.

The joint police and military patrol team then realised that Agyeman was a fake policeman so they arrested him.

Agyeman confessed that he bought the blue-black material from the market and engaged a tailor to sew it for him.

The suspect also said he had been posing as a policeman in the Ashanti regional capital since March 2020.

Other reports said Agyeman used the police uniform to extort money from drivers and other residents of Kumasi.

The police in Kumasi are in the process of arraigning the fake policeman, the paper was reliably informed.