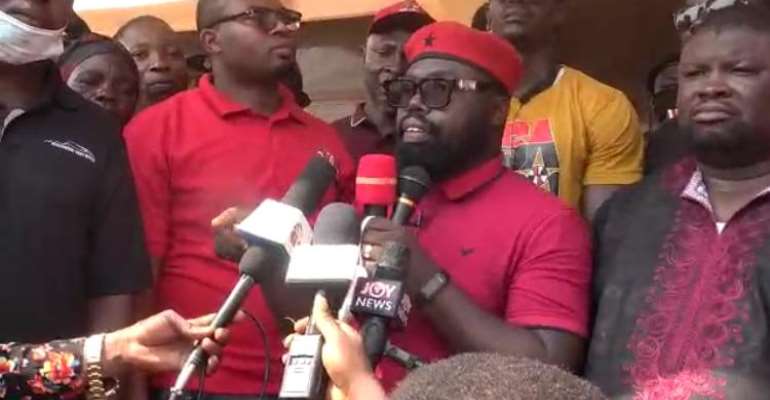 The opposition National Democratic Congress (NDC) held a protest march through the principal streets of Techiman on Tuesday, January 19 in solidarity with the families of those who lost their lives in the post-election violence recorded during the 2020 general elections.

The protest march, organised by the Bono East NDC secretariat, called for justice for NDC supporters who lost their lives in Techiman and the nation at large in the process.

The crowd of NDC members and executives ended the protest at the Bono East Regional Coordinating Council amid heavy police presence.

Addressing the gathering, Mr. Otokunor demanded a full-scale investigation into the election-related killings. 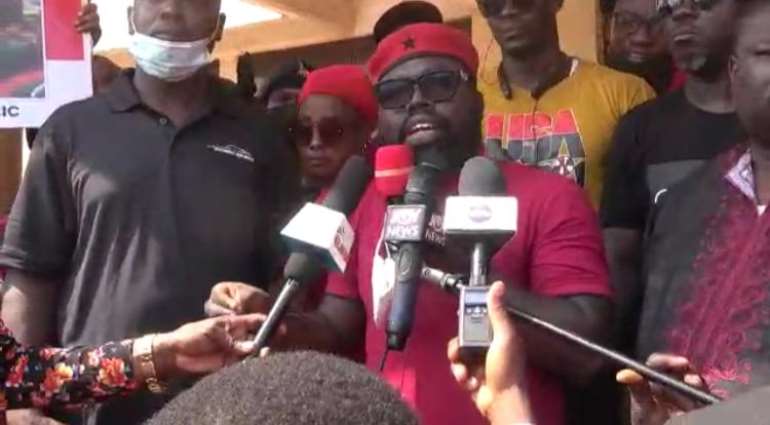 “We are demanding that as a matter of urgency, President Akufo-Addo takes the necessary steps to establish a commission of enquiry to conduct an in-depth investigation into the unfortunate killings during the elections. We believe that injustice anywhere is injustice everywhere, and for that matter, justice should be pursued holistically. This will serve as a precursor to sustainable peace.”

He also called on the leadership of Parliament to interrogate the First Deputy Speaker, Joseph Osei Owusu over some “unsavoury comments” he made about the victims of the electoral violence.

“We are also demanding that Parliament conducts a parliamentary enquiry into the conduct of the First Deputy Speaker, who made some unsavoury statements about the individuals who unfortunately lost their lives during the elections. We think it is dishonourable on the part of an honourable Member of Parliament to tag those individuals as armed robbers. It is an insult to the family of innocent citizens.”

The group submitted a written petition to the President through the Regional Coordinating Council.

As far as violence during the polls was concerned, six lives were lost during the 2020 general elections, according to the National Election Security Taskforce (NESTF).