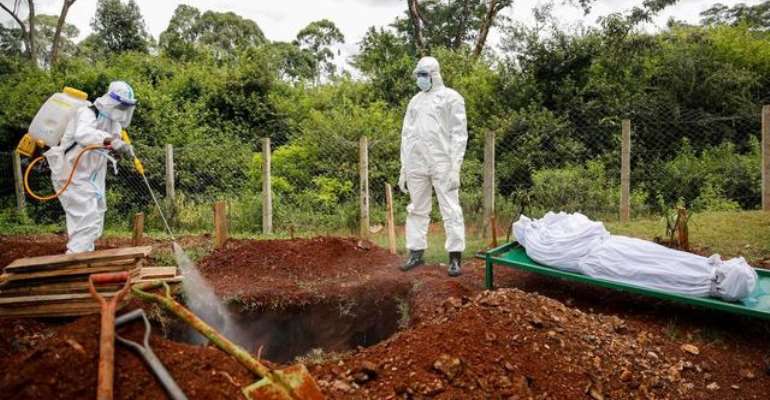 The Upper East Regional Minister, Tangoba Abayage, has reported a dramatic increase in Covid19 cases and deaths in the Kasena-Nankana Municipality.

The minister made this known in a post on her official Facebook page following her visit to the War Memorial Hospital in Navrongo. The visit, she said was to enable her get first hand information on the situation in the Municipality following reports of surge in Covid19 cases in the area.

According to her, medical officers at the Hospital “indicated that although the cases have dramatically increased and deaths recorded the Hospital has been up to the task.”

She explained that the five persons who have died from Coronavirus in the municipality is a nurse who contracted the Coronavirus while in line of duty.

The Minister said the health officials “debunked the news that suggested the hospital was closed down, indicating that they just had to briefly close up some wards to carry out disinfection which has since been done and the said wards opened and operational.”

She added that “I was taken round the isolation centre which currently has no one on admission.”

Meanwhile, she revealed that she made personal donation of 10 thermometer guns, 2,000 nose mask, 6 boxes of Sanitizers

“I also promised glucometer upon request and will be donating 3 tomorrow”, she added.