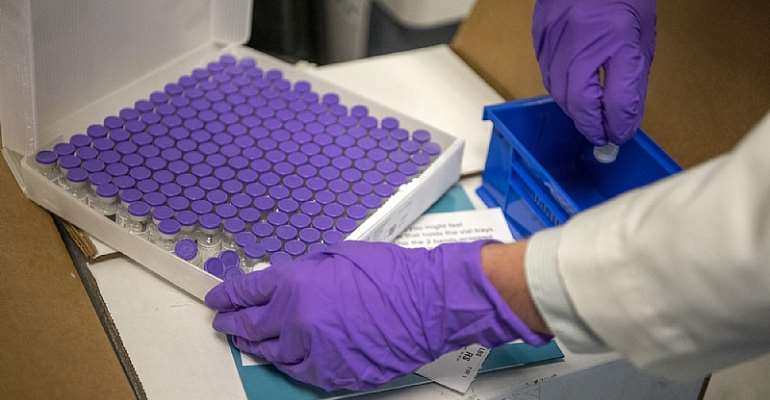 A senior research fellow with the West African Centre for Cell Biology of Infectious Pathogens (WACCBIP) at the University of Ghana, Dr. Peter Kojo Quashie has revealed that the different variants of SARS-CoV-2 – the virus that causes COVID 19- identified in the country are those of the UK and South Africa.

President Akufo-Addo in his 22nd COVID 19 address disclosed that new strains of the virus have been discovered in the country.

“Recent genomic sequencing undertaken by our scientists have established that some arriving passengers tested positive for new variants of COVID-19. These passengers have all been isolated. Furthermore, work is ongoing to determine the presence and extent of spread of the new variants in the general population,” Akufo-Addo said.

Speaking to Starr News, the Senior Research Fellow and virologist said tests on other variants which bear semblance to that of the Brazilian variants were yet to be finalized…

“ A number of them are the UK variants and then we have at least one South African variant and there are some variants which look like that of the Brazilian but are not quite clear yet so I wouldn’t put them as part of the Brazil variant but they have some of the mutations. This is something that we did as part of the special facilities across the country which have been tasked to sequence samples arriving. So we are sequencing the airport samples as well as the more recent local samples. So far we haven’t detected them in our local samples but from the airport, these were some of the variants detected. Dr. Peter Kojo Quashie told Starr News Naa Dedei Tettey on Starr Today.

How deadly are these new variants?

According to the senior research fellow, these new variants were not “more deadly” however they spread faster as he called for strict adherence to the safety protocols to reduce the spread if results show they have been recorded in the general populace

“So far what the evidence seems to suggest is that they spread faster. They are highly transmissible and they replicate faster. That does not mean they are more deadly. When you have something that spread faster, it’s going to affect a larger chunk of your population very quickly. So it just means that we have to be even more careful about how we follow our protocols…..when you have a more infectious virus that means that if in the past you needed a hundred viral particles for you to be infected, in this case you need just 10 to be infected. So it spreads faster and by virtue of that you’ll see more sick people faster,” Dr. Peter Kojo Quashie explained.

Election Petition: I disagree with process of trial and ruli...
25 minutes ago