France edge past Switzerland at world handball championships in Egypt 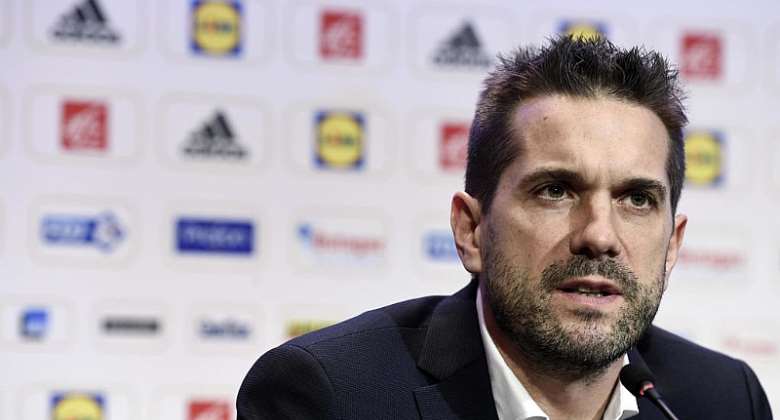 France completed a clean sweep of the three match preliminary round at the world handball championships in Egypt with a narrow victory over Switzerland.

Guillaume Gille's men won 25-24 at the Dr Hassan Moustafa Indoor Sports Complex to advance to the main round as winners of Group E ahead of Norway and Switzerland.

“Switzerland are a tough and stubborn team,” said Gille. “Experience brought us through. We have to work harder in the main round to make it through to the knockout stages.”

The 27th world championships are the first to comprise 32 teams.

After the preliminary round, the top three from the eight pools progress to the main round comprising four groups of six teams.

Following five matches, the winner and runner-up from each of the main round groups will move into the quarter-final knockout games.

Pride
Switzerland have not played at the world championships since 1995. They were admitted to the 2021 event at the last minute after the United States team was forced to withdraw after an outbreak of coronavirus in the squad.

“The French team is very experienced and has been one of the top teams for the past 20 years with some of the best players in the world,” said Switzerland coach Michael Suter.

“We performed well in defence and attack and can look forward to the coming matches in the main round."

France, who are seeking a record-extending seventh world championships title, play the first game in the main round on Wednesday against Algeria who finished third in Group F.

Switzerland continue their campaign against the Group F runners-up Iceland.

Switzerland played very well today and showed a distinguished performance and exhausted us, but we managed to win in the end because of our huge experience. We went to the game with only knowing exactly what to do, win and make it to the final stages." He said

The top three from the eight preliminary round groups will advance to the main round comprising four groups of six teams. The sides finishing last will compete for placings in the Presidents Cup

Thanks to their 25-24 victory, France continues its harvest and can hope to see further in this World Championship. However, Les Bleus lost goalkeeper Wesley Pardin through injury in the first half.

n i Gille's men came out of the game (25-24). A lesser evil for Les Bleus who will start the main round with 4 points against Algeria on Wednesday.