France starts Covid vaccination of citizens over the age of 75 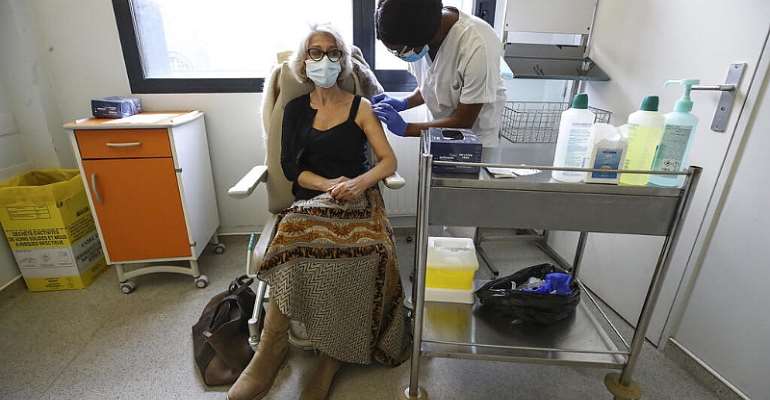 France has joined the list of nations offering mass vaccination to all elderly citizens. Health Minister Olivier Véran says more than one million vaccinations of those over 75 are planned by the end of January.

The emergence of variant strains of the virus has prompted governments to tighten curbs to stem a global death toll that already exceeds two million.

The French Covid-19 vaccination drive aims to cover all people over 75 and comes after Brazil and India, which figure among the worst-affected countries, administered their first jabs over the weekend.

French Health Minister Olivier Véran says more than one million vaccinations are being targeted in January and between 2.4 and 4 million by the end of February.

France had earlier begun vaccinations for residents of retirement homes and health workers on the frontline.

The vaccination extension now covers people who suffer from fragile health, have treatments for long term illnesses such as cancer, or have down-syndrome, a total of some 6.4 million people.

Similarly, Britain on Monday extended its coronavirus vaccination campaign to people over the age of 70, and tougher restrictions for all arrivals to the country came into force.

Across the European Union there have been concerns that delays in the delivery of the Pfizer-BioNTech vaccine, authorised for use in France, could further slow a campaign which critics have condemned as less agile than in the United States or Britain.

US drugmaker Pfizer said it was working to "significantly" scale up production at its major plant in Belgium in the second quarter.

After a short delay, deliveries should be back to the original schedule to the EU from 25 January.

World Health Organisation chief Tedros Adhanom Ghebreyesus warned the world was on the "brink of a catastrophic moral failure" if rich countries hog Covid-19 vaccine doses while the poorest suffer.

Tedros denounced the "me-first" attitude of wealthy nations and also blasted vaccine manufacturers for chasing regulatory approval in rich countries rather than submitting their data to the WHO to approve vaccine use globally.

"I need to be blunt. The world is on the brink of a catastrophic moral failure," the WHO chief said. "And the price of this failure will be paid with lives and livelihoods in the world's poorest countries."