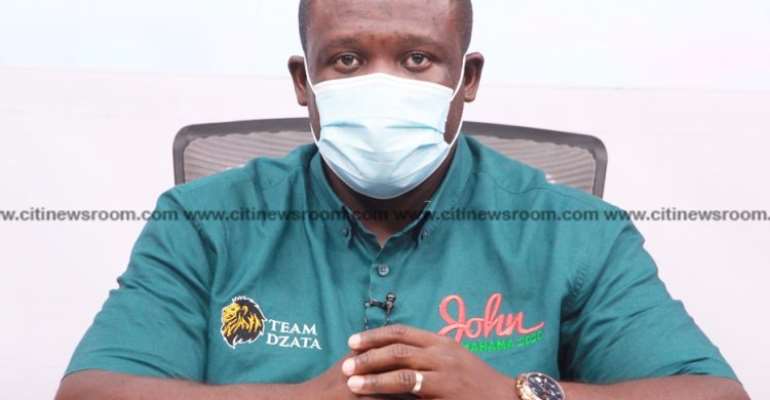 Member of Parliament (MP) for Ningo-Prampram, Samuel Nartey George is advocating for the closure of schools for students in Kindergarten, nursery and lower primary.

Schools in Ghana were closed since March 15, 2020, as part of the government's measures to curtail the spread of COVID-19.

But after close to ten months of closure, President Akufo-Addo in his 21st address announced the opening of schools for basic schools on 15th January 2021.

Some parents, including the Ningo Prampram legislator, have however expressed anxiety over the possible spread of the virus in the school as Ghana's cases increase.

According to him, the threat of COVID-19 cannot be underestimated for children in these educational brackets.

Sam George in a Citi News interview said due to the unfavourable conditions in the education sector now, his kids will not be in school until further notice.

“Kids at nursery, kindergarten, lower primary school level have no business being in school. What are they actually being taught? And if you follow their curriculum, you will realise that a lot of what they do is communal– they share abacuses and other kinds of items. The teachers they interact with have not been vaccinated, many of them join public transportation to school. What is the assurance that they do not get into contact with the virus?”

“Why do we do this to ourselves? But well, ultimately the President is the President of the country and he has taken a decision. But I am taking a decision as a parent in the interest of my children. But if you listened to the President yesterday, you should be worried as a parent,” he added.

The COVID-19 situation in Ghana

While delivering his 22nd update on enhanced response measures taken by his government to battle the pandemic, President Akufo-Addo disclosed that the nation's active case count has risen to 1,924.

“…We have seen an upsurge in the number of active cases, from a little over 900 to 1, 924. O ur COVID-19 treatment centres have gone from having zero patients to now being full because of the upsurge in infections.”

He further revealed that the country has recorded the new strain of the disease.

“Furthermore, work is ongoing to determine the presence and extent of spread of the new variants in the general population,” the President added.