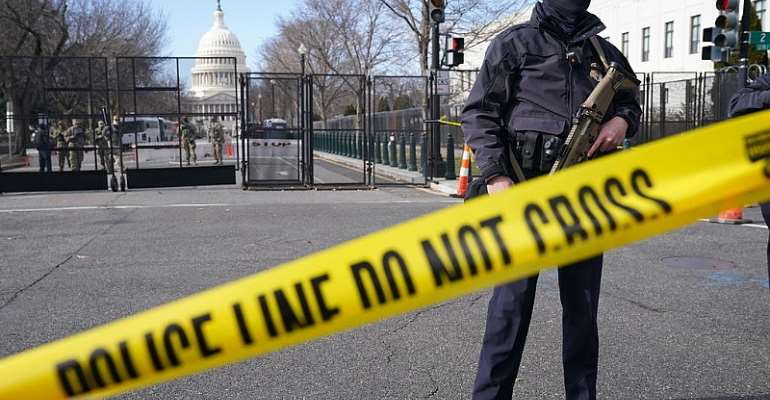 Washington DC's streets were largely empty Sunday as military personnel, police and journalists outnumbered the smattering of curious onlookers who ventured into town to witness for themselves one of the tightest security lockdowns in the nation's history.

“This is a city under siege. I've lived in DC for 40 years and never seen anything like it,” one resident told RFI.

While most people said they planned to respect strict stay-at-home orders come inauguration day, one street vendor said he had travelled 19 hours to the capital in order to participate in "a truly historic moment".

Some 20,000 National Guard troops have been sent to Washington, which has been under a state of emergency since riots in January, with threats of further violence by extremist groups.

Instead of the usual parade along a crowd-lined Pennsylvania Avenue, the president and vice-president-elect will be escorted from the Capitol to the White House by members of the military in a made-for-television spectacle that's being billed a “virtual parade”.

US rolls out massive security operation to protect Biden inauguration

The closest anyone could get to the White House on Sunday was a block away on the Black Lives Matter Plaza, which was itself largely sealed off.

Several of those present danced into the evening.