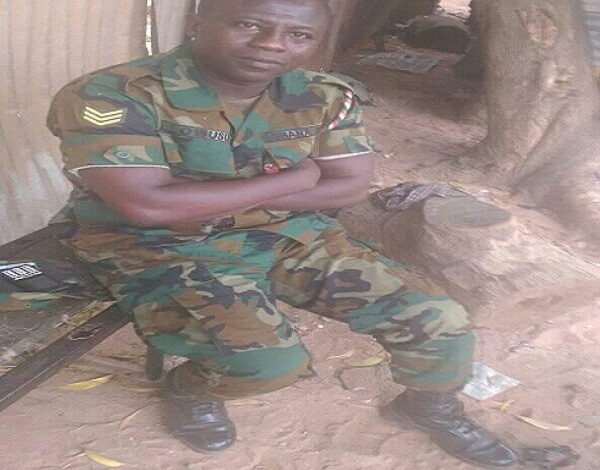 Sergent Collins Owusu believed to be in his 30s has died after being knocked down by a truck.

The soldier is said to have been knocked down on Saturday, January 16, 2021.

Information gathered by DGN Online indicates that the victim was rushed to the 37 Military Hospital for treatment but was later pronounced dead by the doctors.

His body has since been deposited at the hospital's morgue for preservation and autopsy.

Sergent Owusu, until his untimely death, was with the Southern Command Quarters of the Ghana Army.