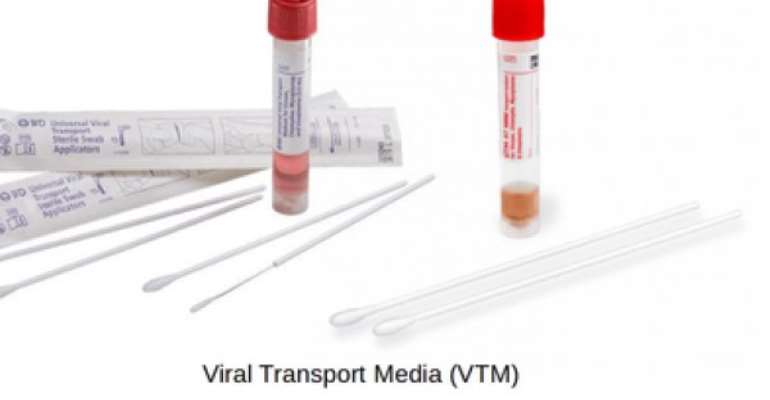 Public health facilities in the Greater Accra Region are running out of Viral Transport Medium (VTM) and swab kits used for Coronavirus test.

This is as a result of the increasing number of people rushing to the facilities for voluntary tests, with the country's case count going up.

Checks by the Ghana News Agency (GNA) indicate that people who voluntarily go to the Korle- Bu Teaching Hospital and the Ga South Municipal Hospital for COVID-19 test are referred to private health facilities or asked to come another time due to the shortage of the kits.

A health worker at the Korle- Bu Teaching Hospital who spoke to the GNA on condition of anonymity, said in the past few days, the Facility received many requests for COVID-19 test, but testing kits were inadequate.

"What is happening now is that when the people come for testing, we ask them to go and come back later, and this is risky because some may not come back again," the source said.

The source described the situation as dire, saying, “we, workers here don't even have the kits to use for ourselves. We are all at risk.”

A Senior Nurse at the Ga South Municipal Hospital said the Facility was almost overwhelmed by requests for COVID-19 tests after the yuletide and called for support from stakeholders to contain the spread of the virus.

“Requests are coming everyday but we don't have the swab kits. Francis, a staff, was just referred to a private facility an hour ago,” the Nurse said.

Mr Emanuel Gyasi-Qauo, a trader, who suspected he had contracted the virus told the GNA that when he visited the GSMH on Friday to test for COVID-19, he was asked to come back later.

He said he had lost the sense of taste and smell, felt uncomfortable, and wanted to know his status in time but turned away.

"I couldn't wait to be called by the GSMH because I was not given any specific date, my only option was to get tested in a private facility and the results was delivered to me after four hours," he said.

Meanwhile, GNA has gathered that some private facilities had taken advantage of the medical emergency and doing brisk business.

“ It is expensive ooo...My in-law and my son went for the test at a private facility and they paid between GH¢350 and GH¢400,” a Senior Journalist told the GNA.

When GNA contacted the Ghana Health Service, Dr Franklin Asiedu-Bekoe, Director of Public Health, said the Service was not aware of the shortages.

He said his checks with the national reference laboratory showed that the kits had been distributed to all health facilities across the country.

"The situation now is that with the introduction of the COVID-19 walk-in test, the facilities are using more than expected," he said.

The Director of Public Health said he had as a result of the increased walk-in test directed that the COVID-19 test kits, which were distributed earlier, be redistributed to ensure that kits, which were not urgently needed at some regional hospitals were brought to facilities in Accra, where the demand was high.

Commenting on contact tracing, he said GHS was facing some challenges and explained that, “previously, the test was solely handled by the Service, now with the introduction of testing in private health facilities, we are unable to do it effectively."

Dr Asiedu-Bekoe said the Service was putting in place measures to ensure that, private laboratories collaborated with the Service to address gabs in tracing contact.

He said while GHS and frontline health workers were doing their best to contain the virus, it was important for the public to strictly observe the COVID-19 safety protocols.

Dr. Asiedu-Bekoe appealed to the public to wash hands regularly with soap under running water before touching the mouth, nose and eyes.

He underscored the need for everyone to observe physical distancing, wear nose mask at all times, and disinfect objects and surfaces regularly.

Coronaviruses are said to be a large group of viruses that are common among animals.

In rare cases, they are what scientists call zoonotic, meaning, they can be transmitted from animals to humans, according to the US Centre for Disease Control and Prevention.

They are said to be the cause of dangerous diseases with incubation period between 4-6 days.

According to the Ghana Health Service, the country's COVID-19 active cases had increased to 1,261, with 193 new cases recorded by first week of January, 2021.