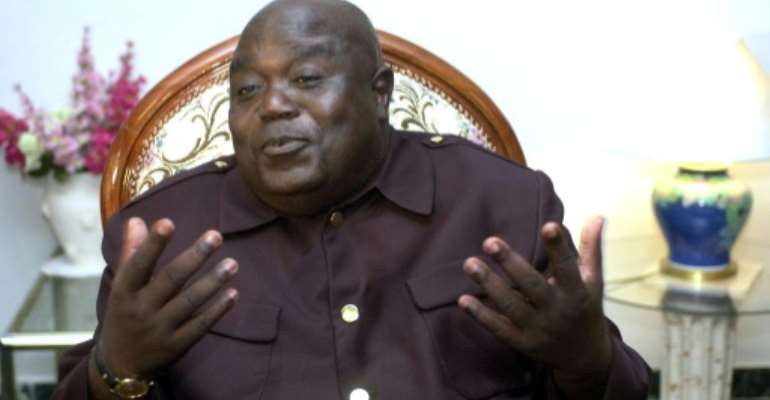 Laurent Desire Kabila was killed by a bodyguard in circumstances that have never been made clear. By OLIVIER HOSLET (BELGA/AFP)

DR Congo on Saturday marked the 20th anniversary of the assassination of former president Laurent-Desire Kabila with calls for reconciliation in the badly divided country.

Kabila senior is the father of former president Joseph Kabila who took power after the January 16, 2001 assassination.

In Lubumbashi in Katanga province, large crowds of supporters from former president Joseph Kabila's party turned up to pay homage to his father, popularly known as Mzee (Wise sage) in Swahili. He came to power in 1997 after ousting long-serving dictator Mobutu Sese Seko.

Joseph Kabila has been holed up in his stronghold Lubumbashi since December, when President Felix Tshisekedi unilaterally ended a shaky coalition that was propped up by Kabila loyalists.

In the capital, Kinshasa, Archbishop Fridolin Ambongo led a ceremony that came just days after the release of those convicted for organising Kabila's killing. They received a presidential pardon from Tshisekedi earlier this month.

The archbishop called for Kabila's "soul to rest in peace, and peace for his family, for the entire Congolese nation, which he loved and served right up to his death."

Ambongo said the killing "tore part the Congolese nation," and that it was "normal to bring the guilty to justice".

And he appealed to Kabila's family and his associates for "reconciliation and forgiveness", saying it was time for a "fresh start".

President Tshisekedi laid a wreath at the mausoleum of the assassinated leader, who was killed in his office by a bodyguard.

The circumstances of the killing have never been fully clear, but it came at a time when rebellions backed by neighbouring Rwanda and Uganda were tearing the sprawling country apart.

Laurent Desire Kabila had accepted the help of Namibia, Zimbabwe and Angola to quell the unrest and train his army.

In January 2003, 39 people were sentenced to death for Kabila's murder but the same year a moratorium on the death sentence came into effect.

On December 31 President Tshisekedi pardoned the 23 prisoners serving life terms and they were freed a few days later.

Some of them have called for a fresh trial, saying they wanted their names cleared.