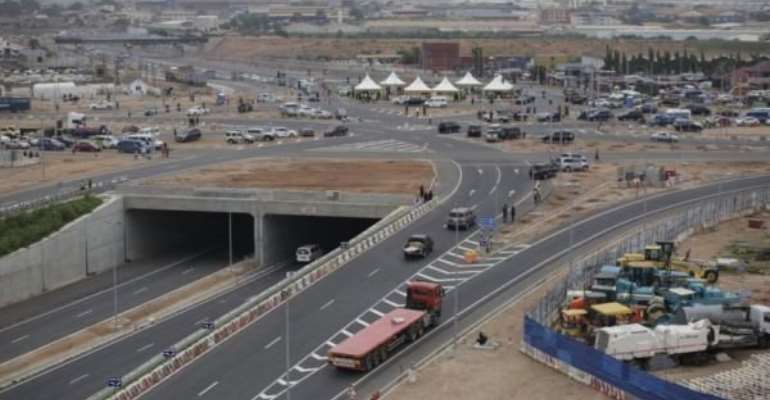 The Ministry of Roads and Highways has rejected a call by National Democratic Congress (NDC) Caucus in Parliament for the abrogation of the $570 million Accra-Tema Motorway expansion contract.

The NDC Caucus in Parliament at a news conference on Wednesday, January 13, had called for the contract between the Government and Mota-Engil Engenharia E Construcao AfricaS.A to be Terminated alleging that it was solely sourced “without basis".

However, a statement issued and signed by Mr. Kwasi Amoako-Atta, former Minister of Roads and Highways, and copied to the Ghana News Agency in Accra, said the assertions and conclusions made by the NDC caucus in Parliament did not represent the accurate status of the contract.

The statement said Mota-Engil's bid was duly evaluated, negotiated and that statutory approvals were obtained from the Public Procurement Authority (PPA) and the Central Tender Review Committee (CTRC).

The statement said Government undertook a transparent and competitive process between 2017 and 2020, using Public-Private Partnership (PPP) arrangements to select the contract after failed attempts by the previous NDC Government to procure the said works to another foreign contractor.

It said the selection process included the organisation of a “market-sounding” event at Alisa Hotel in September 2017, where all interested bidders were briefed on the project, followed by a “Pre-Qualification process“ from December 2018 to February 2019 in, which 23 entities took part and four disqualified.

"Request for Proposals from the four (4) Pre-Qualified Bidders from July 2019 to January 2020, Technical and Financial Evaluation of the two compliant bids from February 2020 toApril 2020 and Approval of the evaluation report by the Public-Private Partnership approval committee (PPPAC) at the Ministry of Finance on June 30, 2020, and a mandate to negotiate with the preferred Bidder, MOTA and its financing partners," it said.

"It should be noted that at no stage during the procurement process were local contractors excluded from participation in the bidding," it said.

It further explained that during negotiations with the contractor, it emerged that the financial arrangements proposed by the contractor were not favourable to Government hence the need to restructure the project as a Design and Build contract.

The statement said because of the sound technical design proposal, a decision was also taken to retain the same contractor.

Consequently, the Ministry of Roads and Highways (MRH) through the Ghana Highway Authority (GHA) rescoped the project and invited Mota-Engil to submit a sole bid proposal in line with the relevant clauses of the Public Procurement Law.

Further approvals, the Ministry said, would be obtained from Cabinet and Parliament after the financing arrangements had been finalised.

"The project has been designed as a composite design and build project with complex traffic issues with over 60,000 vehicles per day and therefore cannot be sliced-packaged for only local contractors to undertake.

"The Contract has made strict provision for 40 percent local content, which implies that goods and services will be provided by local contractors and businesses under the management of the Lead Contractor, Mota-Engil," the statement said.

It added that Government through the Ministry was working in close collaboration with the Ministry of Finance and all the relevant procurement agencies to ensure that no mandate was sidestepped in the interest of the nation and to obtain value for money.

It, therefore, requested all stakeholders to support the project, expected to benefit the entire country.

The Accra-Tema Motorway has exceeded its design life since it was constructed in 1964.

The scope of the project includes expansion of the lanes, new interchanges, and remodeling of the Tetteh Quashie interchange to remove traffic bottlenecks on the corridor for road users.