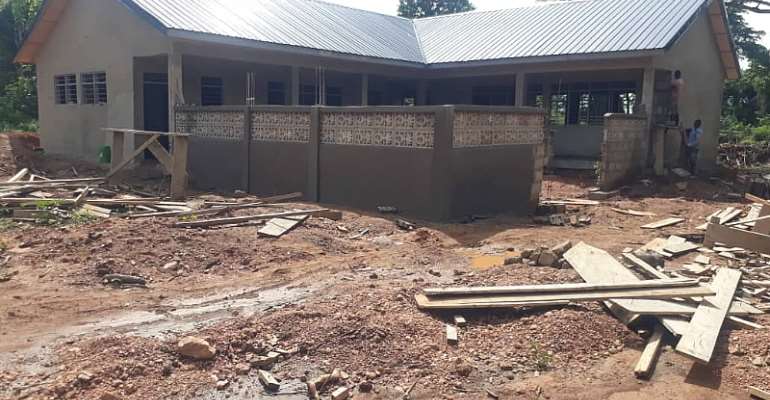 Local contractors under the Middle Belt Development Authority (MBDA) have called on government to settle GHC500 million debts owed for projects executed under the Government flagship program $1Million per Constituency.

The Association with about 500 members said the government's lack of payments has impacted negatively on their families and threatens to lockup schools if the government doesn't meet its 2 weeks ultimatum given to settle debts.

Speaking to Daily Guide, Chairman of the MBDA Contractors, Mr. James Gyan said Contractors by Monday, January 18, 2020, will lock up the school facilities built with the sweat of our toil, for which some of our member’s lives have been cut short.

Also, he said the group will hit all the regional capitals with earth-shaking demonstrations to let the world know the pain they pass true as caretakers.

Mr. Gyan revealed that some of the projects they undertook were Construction of 10 and 16 seater toilet facilities, Market Stores, Durbar grounds, Police Post, 3 and 6unit Classroom blocks, construction of green grass pitches, boreholes, etc. all under $1 Million Per Constituency Projects.

“Without any payment made by the government, some of the facilities are been used by various institutions hence this warning”.

“Workers have been laid off because we can't pay them. The situation has also brought untold hardship on us, resulting in some losing their lives,” he added.

Mr. James Gyan said the debts have not been settled over a year since the submission of certificates for work done in 2017.

Our leaders should swear with eggs that they’re against LGBT...
8 minutes ago

Check what Supreme Court said about key issues in the dismis...
29 minutes ago