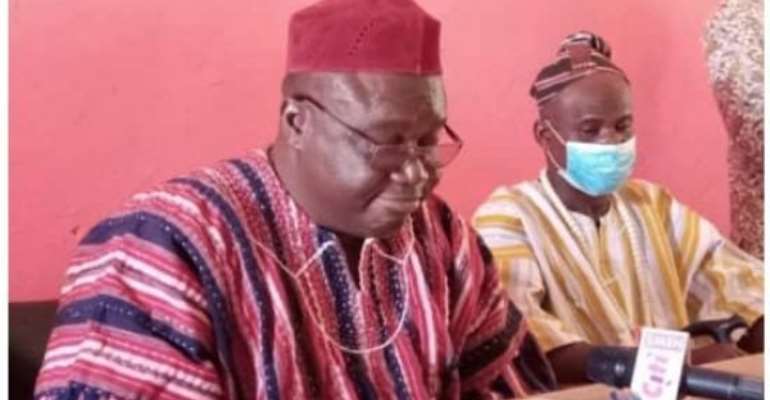 The Chiefs and Queen mothers of Nadowli-Kaleo District in the Upper West Region have congratulated Mr Alban Bagbin, on his election as the Speaker of the 8th Parliament of the Fourth Republic.

“We are proud of you, Mr Speaker, and we pray for God's guidance and protection for you, may your tenure as Speaker be successful and one that would be remembered for all the good reasons in our proud history as a country”, they said.

Addressing a News conference at Kaleo on behalf of the Chiefs, Queen Mothers and the entire people of Nadowli-Kaleo District, Naa Abayema Kandemekpie II, the Chief of Kanyini, noted that Mr Bagbin's 28 years of experience in Parliament had placed him in a better position to play the role of a Speaker as the public would expect in this material moment.

He said Bagbin who had also become the first person from Northern Ghana to occupy the position of the Speaker also brought hope to the people especially the youth that it was possible to dream big and work hard no matter where you come from.

Naa Kandemekpie II noted that as a Parliamentarian, Mr Bagbin's influence brought a lot of development to Nadowli-Kaleo District and the entire Upper West Region.

He expressed optimism that with his new position as the Speaker of Parliament, he would do more to bring development to the people of the region.

Our leaders should swear with eggs that they’re against LGBT...
15 minutes ago

Check what Supreme Court said about key issues in the dismis...
36 minutes ago