I intend to live by my oath – Bagbin 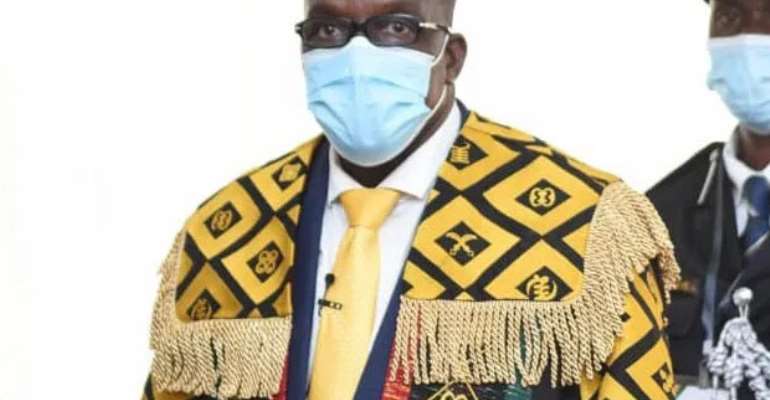 Speaker of Parliament, Alban Kingsford Sumana Bagbin, has pledged to live by his oath sworn on the occasion of his election, intimating that he will respect, obey and abide by the will of the House.

“I am fully committed to be fair and impartial. But I am also fully committed to be firm and resolute. Members must also, in reciprocity, respect and abide by my rulings and instructions. When you are in disagreement, the Standing Orders of the House have the answer for you,” he told Members of Parliament (MPs) yesterday at the Second Sitting of the First Meeting.

According to him, he will apply the authority of the House as symbolized by the Mace to protect and defend the prerogatives, privileges and immunities of MPs and staff of Parliament as provided under the laws of the country.

“Let me also say a few words about the office of the Speaker as envisioned under our Constitution. While past practice might lead some to think otherwise, the truth of the matter is that the Speakership is not a partisan-political office,” he stated.

“In fact, the Speakership in Ghana is designed to be even more impartial and more apolitical than the Speaker of the House of Commons in Westminster. It is indeed to ensure that the Speaker remains impartial in presiding over the affairs of this House and Parliament that his election is done by secret ballot,” Mr. Bagbin said.

For him, the independence and impartiality of the Speaker is particularly evident from a line in the Speaker's Oath. That line is not found in the Presidential Oath, the Oath of Vice President, the Oath for Ministers of State and Cabinet, or the Oath of a Member of Parliament. That line reads, “And I will do right to all manner of persons in accordance with the Constitution and the laws and conventions of Parliament without fear or favour, affection or ill will.”

“That last phrase, 'without fear or favor, affection or ill will,' defines the Office of Speaker as an impartial nonpartisan office. I assure you I don't take this Oath lightly at all.

“The only other Oaths in the Second Schedule to the Constitution of the Fourth Republic in which you find this same language are the Judicial Oath and the Oath of the Auditor General. This is because, like the Speaker, these offices too are meant to be nonpartisan, impartial and independent.

“Honourable Members, much has been made of the fact that I come to this position from a long career as a politician and member of the National Democratic Congress, one of the two parties represented in this House. As far as I am concerned, that fact is of no consequence to my new role as Speaker. In fact, it is not a novelty in this House.

“I myself have worked harmoniously with Speakers of diverse political backgrounds, including on one occasion supporting the nomination for re-election as Speaker of the Fourth Republic, a well-known figure of the New Patriotic Party.

“But more importantly, as I have made clear, the office I now occupy is an impartial, independent and apolitical office, akin in that regard, to the position of a Justice or Chief Justice. Just as a person with a known party affiliation like myself could be appointed to the Supreme Court, so it is with the Speakership.

“What matters, above all, is that, once appointed as a Chief Justice or Justice or elected as a Speaker, that person, regardless of his political past, must conduct himself or herself in accordance with the requirements and ethics of his or her new office and, as expressed in the Oath of that office, without fear or favor, affection or ill-will,” he declared.