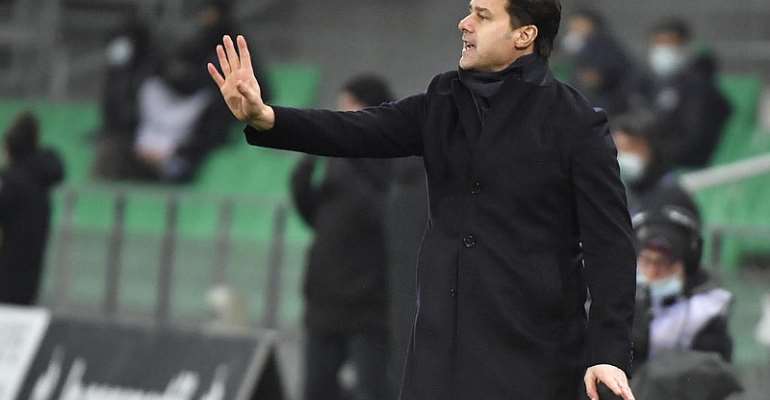 Pochettino's assistants Jesus Perez and Miguel D'Agostino will take charge of the squad for the Ligue 1 clash.

"Pochettino will now be in isolation and follow the appropriate medical advice," the club said in a statement.

More than 69,000 people have died in France with the disease since January 2020.

On Thursday, the French prime minister, Jean Castex, announced a 6pm to 6am curfew on cities throughout the country as part of the effort to stem the rate of infections.

Pochettino, the former Espanyol, Southampton and Tottenham Hotspur coach, has been in France since the turn of the year.

He was appointed on 2 January to replace Thomas Tuchel who led PSG to all three domestic titles in 2020 as well as the Champions League final.

Pochettino, 48, collected the first tophy of his 12-year managerial career on Wednesday when PSG beat Marseille 2-1 to lift the Trophée des Champions - the French Super Cup - for a record-extending 10th time.

PSG, who have won seven Ligue 1 titles in the last eight seasons, will go top if they get a result at Angers.

However, Lyon will replace them if they beat Metz on Sunday night.