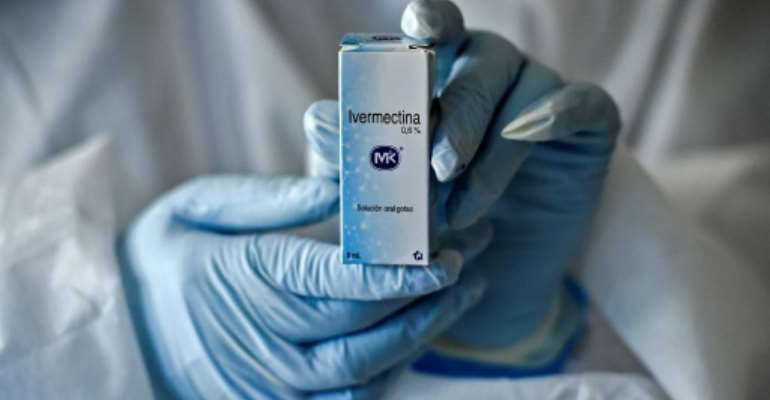 Ivermectin, an anti-parasite drug, has been widely distributed in Latin America as a treatment for coronavirus. By Luis ROBAYO (AFP)

Scientists have warned against taking an anti-parasite drug as a treatment for Covid-19 despite headlines that have touted it as a cure.

Facebook posts and articles endorsing ivermectin have proliferated in Brazil, France, South Africa and South Korea as governments around the world scramble to roll out vaccination programmes.

But health agencies say that there is not enough evidence to promote the drug as a remedy for coronavirus -- and that research into the question has often been unsound.

Ivermectin has long been used to treat parasites such as head lice and has been widely distributed in sub-Saharan Africa since the 1990s to treat river blindness.

The pandemic has prompted a surge in demand for the drug, particularly in Latin America, which has suffered the second highest number of Covid-19 deaths globally.

"The policy decisions of ivermectin in Latin America have been largely based on the analysis presented in a pre-print in early April," experts at the Barcelona Institute for Global Health said.

A pre-print typically means a study that has been put on the internet but not undergone peer review -- the process by which findings are scrutinised by other scientists before they are published in a scholarly journal.

The paper was later retracted after experts raised methodological concerns.

'No evidence' it works

Politicians have, however, continued to endorse the drug.

In May, the Bolivian government announced that it had authorised ivermectin to treat coronavirus patients, despite admitting there was "to date no scientific evidence of a drug treatment for COVID-19".

Brazilian President Jair Bolsonaro, in a tweet this month, claimed that ivermectin could be responsible for the relatively low number of coronavirus deaths in Africa.

So many people have taken ivermectin that scientists in Peru told the scientific journal Nature in October they were struggling to recruit volunteers for trials to assess whether the drug could combat coronavirus. Individuals who have already taken the drug are ineligible to take part in the programme.

Ivermectin is one of a string of medications tested as a potential Covid-19 treatment since the pandemic began.

Unitaid, an agency which purchases drugs for the poorest people in developing countries, said more studies were needed to confirm ivermectin's efficacy.

"Preliminary data is promising but there is the need to await the results of further trials before determining next steps," Unitaid spokesman Herve Verhoosel told AFP in a statement last week.

The US Food and Drug Administration (FDA) cautioned last month that that drug had not been approved to prevent or treat Covid-19.

"While there are approved uses for ivermectin in people and animals, it is not approved for the prevention or treatment of COVID-19," it said on its website.

No better than placebo?

The quality of existing clinical trials has also come under scrutiny.

A widely-cited study published in April in the Antiviral Research medical journal found that ivermectin was effective against SARS-CoV-2, the virus that causes Covid-19, in cells tested in a lab dish.

These so-called in vitro tests are the crucial first step in medical testing. 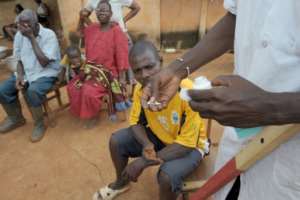 Ivermectin has a long history in rural Africa as a drug to treat river blindness, a disease caused by a parasitic worm spread by the blackfly. By ISSOUF SANOGO (AFP)

But drugs that give promising results in a laboratory setting are frequently ineffective in humans, often because the dose required to neutralise a pathogen cannot safely be administered to patients.

"The concentrations used in vitro may not be achievable in therapeutic doses," Ruben Hernandez, pharmaceutical chemist at San Borja Arriaran hospital in Santiago, Chile told AFP.

South African drug agency SAHPRA said it was not yet possible to recommend ivermectin as a Covid-19 drug.

Kim Woo-joo, a professor at the Korea University Hospital's Division of Infectious Diseases in Seoul, said that more trials were needed.

"If we want to be 100-percent sure about the effectiveness of the drug, we need results from larger controlled randomised clinical trials," he told AFP in an interview on January 7, 2021.

He said it was difficult to know if the improvement of a particular patient's condition was due to ivermectin or not.

"Some patients who are infected with Covid-19 tend to get better even without receiving proper treatment," he said.