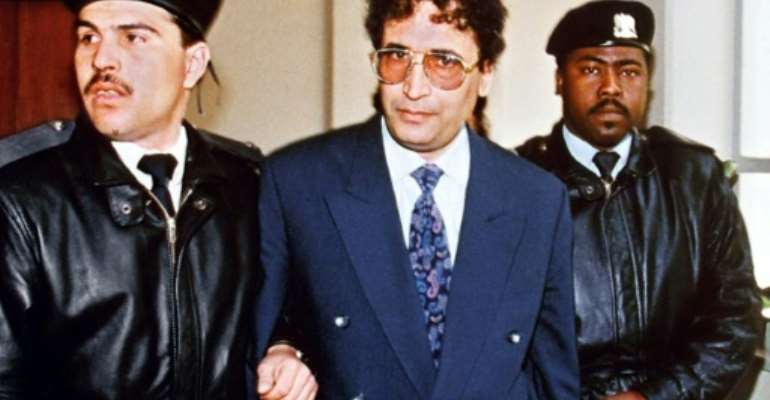 Abdelbaset Ali Mohmet al-Megrahi, the only man ever convicted of the 1988 Lockerbie bombing, went to his grave protesting his innocence.

Now, nearly 11 years after his death, and just over 32 years since the atrocity that killed 270, his family lost their latest bid to clear his name when a Scottish court rejected their appeal.

Megrahi, who died aged 60 in the Libyan capital Tripoli in 2012, was hailed as a hero by many in the North African nation during the rule of former dictator Moamer Kadhafi.

But for most of the predominantly US and British families of the victims who perished when Pan Am Flight 103 exploded over the Scottish town, he was a mass murderer.

Megrahi was convicted at a Scottish court sitting in the Netherlands in 2001. Until the very end, he maintained his name would eventually cleared.

In November, after years of effort, Megrahi's family appealed against his conviction at Scotland's highest court of criminal appeal.

His first appeal in 2002 failed, while a second was abandoned in 2009, shortly before he returned to Libya from prison in Scotland on compassionate grounds.

In a deeply controversial move, the Scottish government decided to release Megrahi after doctors said he had pancreatic cancer and only three months to live.

The British prime minister at the time, David Cameron, criticised his release after serving eight years of a minimum 27-year sentence as a "terrible mistake".

His return home on August 20, 2009, prompted one unnamed Libyan official in Kadhafi's regime to call him "a hero who sacrificed himself to lift the (international) embargo on our country".

"To allow him to spend the remainder of his days in his homeland is the least that Libya can offer this man who has been the victim of an international injustice," the official added.

Six years earlier, Libya officially acknowledged its responsibility in the attack and paid $2.7 billion in compensation to the families of the victims.

Megrahi's return to Libya was the first time he had set foot on his native soil since 1999, when he and co-accused Al Amin Khalifa Fhimah were handed over by Libya for trial after years of diplomatic wrangling.

'Apology from the world'

The pair were originally indicted in 1991 for Britain's worst-ever terrorist attack following an investigation by British and US police.

At his trial, which started in 2000, Megrahi -- tall, lean, serious and a fluent English speaker -- cut an aristocratic figure in the dock, wearing a long, traditional Libyan robe.

He was working as chief of airline security for Libyan Arab Airlines in Malta at the time of the attack.

But US detectives claimed his airline work served as a cover for a role with the Libyan Secret Service.

Crucial evidence against Megrahi came from a shopkeeper in Malta who identified him as the man who bought clothing linked to the suitcase containing the bomb.

However, during the latest appeal hearing at the High Court of Justiciary in Edinburgh, lawyers representing the family argued the process used to identify Megrahi was "highly prejudicial" and should not have been given the weight that it was.

There was doubt, too, about the dates of Megrahi's visit to Malta, and as such "no reasonable jury" could have returned a guilty verdict, they argued.

Government lawyers disagreed, submitting that the Maltese shopkeeper, Tony Gauci, could not have been motivated by a possible reward as he was "not compensated".

A number of British victims' families have become increasingly convinced of Megrahi's innocence and have rejected the evidence provided by Gauci in particular.

Last month, the United States unsealed charges against a third Libyan man suspected of assembling the bomb used in the attack.

Megrahi's family have long insisted he was the "271st victim" of Lockerbie, but Friday's ruling reinforced the original verdict that he was its perpetrator.