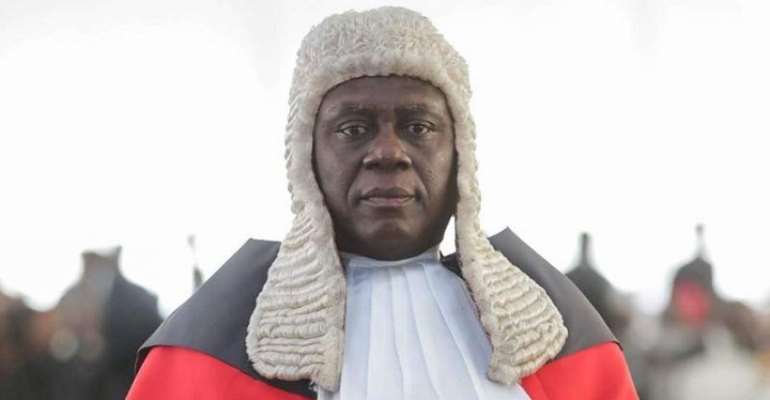 The integrity of the judiciary, especially the apex court, must be without blemish. Its special role as the apex adjudicator in issues of legal interpretation defines unambiguously this term of reference.

It is for this reason that this arm of government must be shielded from unfounded allegations.

Allegations against judges must be done in a manner as to be devoid of malice and of course steeped in evidence.

When allegations are made against the Supreme Court, these should be dissected sufficiently to determine the veracity or otherwise of such charges.

In its reaction to a bribery allegation by the Asawase MP, Muntaka Mubarak, against a Supreme Court judge, the Ghana Bar Association (GBA) rightly observed that some accusations made in recent times against the judiciary are offensive and distasteful. These, the GBA added, had the potency of inciting hatred among the public against judges. This is not what we seek as civilized citizens of Ghana.

The judiciary has regrettably had its share of sometimes unsubstantiated tongue-lashing by radio commentators.

Three persons it would be recalled were sanctioned when during radio discussions they made inappropriate references to then Chief Justice and others.

There was no gainsaying that those three persons acted irresponsibly, their mission intended to ridicule the apex court and rob it of public respect and confidence.

The protection of the judiciary from unwarranted attacks is for the public good, the rule of law which it manages being a factor which differentiates civilized societies from the contrary.

Any attempt therefore at subjecting this institution to public ridicule should be considered as an affront to the nation something akin to destroying our values.

Much as we must be protective of the judiciary as an institution, we must not hesitate to point out professional misdemeanours and others which have the potential of reduce its integrity in the eyes of the public.

It stands to reason therefore that those who allege misconduct must be ready to provide evidence so the necessary action can be taken by the Chief Justice who is the head of this arm of government.

It is the duty of the Chief Justice to protect the integrity of the judiciary and other officials of this critical arm of government.

We hope that his action is underpinned by evidence coming from an MP.

The swift assurance by the Chief Justice that the allegation by Muntaka Mubarak would be dealt with is heartwarming.

Ghana has witnessed a large dose of allegations from political actors in recent times. With these being amplified on especially social media and their news-hungry mainstream media, the reaction from the CJ could not have come at a more appropriate time.

The MP should avail himself of his presence when the time is due for the investigation into his allegation.

Our leaders should swear with eggs that they’re against LGBT...
30 minutes ago

Check what Supreme Court said about key issues in the dismis...
51 minutes ago