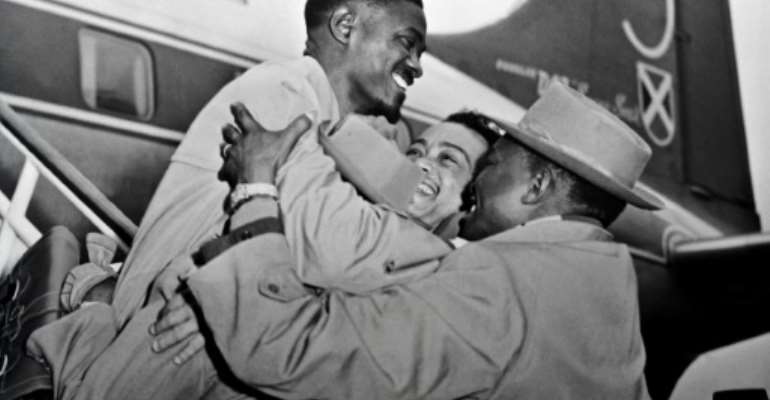 Lumumba, the hero of Belgian Congo's independence, is welcomed at Brussels airport in January 1960. Within a year, Lumumba would be dead.. By (AFP)

Will justice ever be served for Patrice Lumumba?

Aged just 35, the charismatic hero of Belgian Congo's independence was assassinated 60 years ago in a plot linked to the fledgling nation's colonial master.

He was shot by firing squad by Katangese separatists and Belgian mercenaries on January 17, 1961 in southeastern Congo during the chaotic first months of independence.

His body, dissolved in acid, was never found, except for one tooth.

The nationalist leader was perceived as a post-colonial firebrand with communist sympathies and a threat to Belgian interests, particularly in the copper-rich province of Katanga.

According to diplomatic messages between Brussels and its former colony, Lumumba, the newborn republic's first prime minister, was the "devil" and a man to be "eliminated" with a target clearly marked on his back. 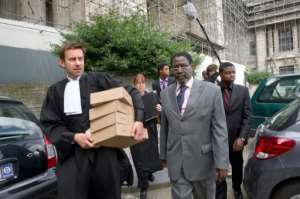 Sixty years later, an investigation in Belgium for "war crimes" is in its final phase, according to lawyer Christophe Marchand, who filed a complaint in 2011 on behalf of Francois Lumumba, a son of the slain leader.

"We are heading for a hearing this year before the council chamber of the Brussels court to see whether or not the case can lead to a jury trial," Marchand told AFP.

For the lawyer, time is running out.

Only two of the 10 people initially targeted by the complaint are still alive.

They are a former Belgian diplomat and ex-EU Commission vice president, Etienne Davignon, 88, and a former senior civil servant, Jacques Brassinne de la Buissiere, 91, according to sources close to the case.

The complaint, consulted by AFP, accuses "various administrations of the Belgian state" of having "participated in a vast conspiracy with a view to the political and physical elimination of Patrice Lumumba".

It recalls that the Belgian army had kept some 200 troops to back the security forces of the secessionist province of Katanga, where the crime took place.

For now, the only solace for Lumumba's long-grieving family is his tooth.

It was seized from a Belgian policeman who, by his own account, took it while helping to dispose of the body.

Last month, the Democratic Republic of Congo's president, Felix Tshisekedi, said Belgium would return the tooth to his family in time for independence anniversary celebrations on June 30.

"It is an important symbol for the family and all the Congolese people," the head of the Belgian federal prosecutor's office, Frederic Van Leeuw, told AFP.

The restitution should take place in the coming weeks or months at an official ceremony in Brussels with the children of the deceased in attendance, the prosecutor said.

Juliana Lumumba, daughter of the murdered icon, asked for the tooth's return in a letter addressed to Belgium's King Philippe last year, in the heat of Black Lives Matter protests.

For Van Leeuw, formal charges are only possible if "you have proof that someone in a chain of command knew what was going to happen and really wanted what happened".

The research has been "particularly hard" for the few investigators who were confronted by "tonnes of archives", Van Leeuw said. 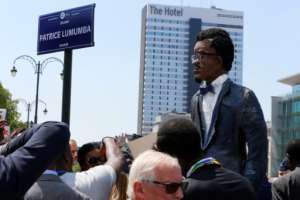 People stand next to a giant effigy of Patrice Lumumba at ceremonies in Brussels in 2018 to inaugurate a square honouring the assassinated independence hero (file picture / Belga). By NICOLAS MAETERLINCK (BELGA/AFP/File)

He noted that by qualifying the assassination as a "war crime" in 2012, "the Brussels court of appeal has gone beyond the inquiry committee" of the Belgian parliament, which in 2001 had concluded that Belgium was "morally responsible".

Since then, official mention of Lumumba in Belgium has been rare, with ghosts of the colonial past still present.

For the anti-racist association Bamko, Lumumba is a major figure who deserves more than the small city square that was inaugurated in 2018 on the edge of Matonge, the heart of the African diaspora in Brussels.

"People like him allow us to stand up and be worthy," said Mireille-Tsheusi Robert, president of Bamko.