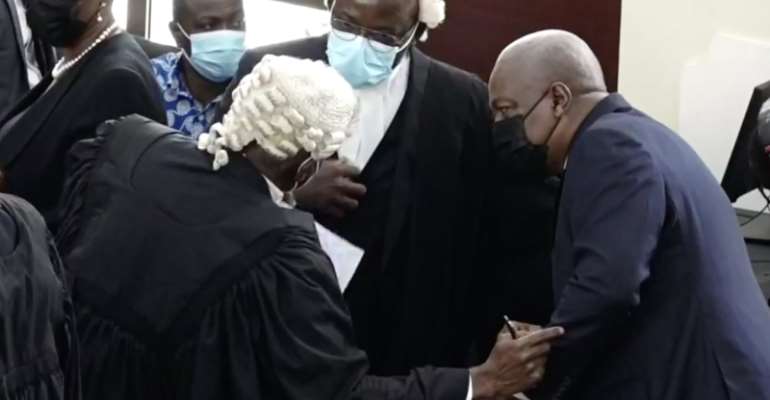 The legal team of the opposition National Democratic Congress (NDC) flagbearer, John Mahama, has filed the amendment to the election petition they sought from the Supreme Court yesterday, Thursday.

Mr. Mahama sought the amendment filing a petition with mistakes including, interchanging the Electoral Commission and President Akufo-Addo in one of the reliefs being sought.

His motion for an amendment was granted and his team of lawyers filed the corrected petition before the 4 PM deadline.

A member of Mr. Mahama's legal team on the petition, Edudze Tamakloe, told Citi News steps are also being taken to serve the Electoral Commission and President Akufo-Addo.

“Steps have been taken as at 3:30 pm [on Thursday] when this process was filed for them to be served,” he said.

The court in granting the motion for amendment said the typographical errors sought to be corrected did not materially affect the substance of the case.

The case has further been adjourned to Tuesday, January 19, 2021, for pre-trial to commence.

Mr. Mahama and the NDC challenged the 2020 presidential election saying it was flawed.

Mr. Mahama maintains that neither he nor President Akufo-Addo attained a clear majority during the polls because of the omission of the Techiman South constituency from the provisional declaration of results.

According to the Electoral Commission, President Akufo-Addo garnered 51.59 percent of the votes while Mr. Mahama got 47.37 percent.

The Supreme Court also granted a motion by Mr. Mahama for a live telecast of his election petition.