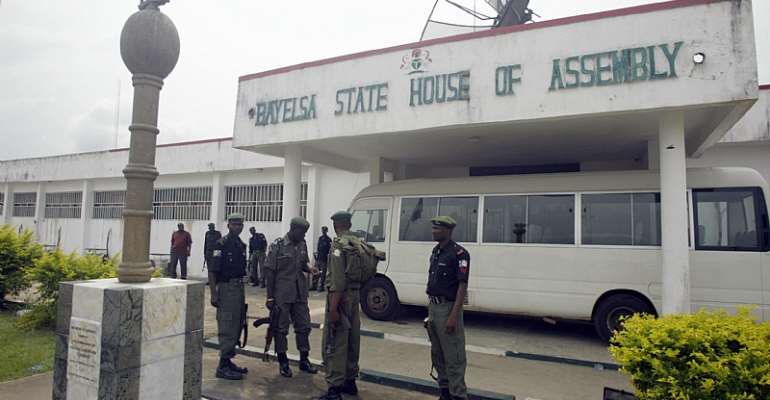 Nigerians are now more active online than ever. Data from the National Communications Commission and independent bodies suggest that the majority of citizens use the internet, social media and smartphones for everyday activity.

Many of these people engage in political conversations. This is why government institutions should use online platforms to engage with the public. The legislature, as the voice of the people, is expected to connect with the people – and online technologies make this easier, cheaper and faster.

But do assemblies maintain an active online presence, in line with governance trends in the information era? We took on this important question in our research by focusing on the 36 subnational legislatures in Nigeria. These are called State Houses of Assembly.

These assemblies should be closer to the people, but data show that they are disconnected and the public doesn't fully trust them. This is all the more reason they should be using digital platforms to inform and listen to citizens.

We analysed the parliamentary websites as well as Facebook, Twitter, Instagram and YouTube accounts of the assemblies from June 2019 to March 2020. We also interacted with relevant officials and used data from Nigeria's National Bureau of Statistics, capturing revenue, internet penetration and literacy rates.

Evidence from the Inter-Parliamentary Union, an international organisation of parliaments, shows that national legislatures increasingly use websites, social media and related digital tools to perform their functions. They also share information and communicate with the public.

We found this didn't happen in Nigeria.

Online presence was skewed towards geopolitical zones with an economic advantage. South-west and South-south (six states apiece) had four assemblies with websites. Three states each in the North-east and North-central (of six states each) had websites. The South-east (five states) and North-west zones (seven states) had only two each with websites.

Lagos State Assembly appeared to be the only one with a relatively active presence on both website and social media . This underscores the state's elite status in terms of resources, proportion of internet users and literacy rates .

Another factor that influenced online presence was the relationship between legislative bureaucrats and political aides. The presence was much better if the parliamentary leadership, as represented by presiding speakers, made it a priority.

As staff of information technology departments, bureaucrats have a duty to operate the institutional online accounts. But political aides, as appointees of elected members, especially presiding speakers, handle the individual accounts of their principals. Where they didn't work together, lapses in the online presence of the legislature were evident.

Similarly, in two instances, respondents confirmed that they had lost their websites because the presiding speakers were not convinced of the need to sustain them.

We also observed that the websites projected the image of leaders and individual members more than the institution. The websites carried biographical descriptions of legislators. But they had nothing about members' salaries and allowances and procedure for their recall.

There were significant shortcomings in the use of social media platforms for engagement. For instance, we tested for three levels of use: (i) to inform the public about the legislative institution, (ii) to inform about its activities and (iii) to promote conversations and relationships with the people. Only about 10% used Twitter for the third – the most important dimension of engagement. Facebook and Instagram were used mostly at the first levels, and, in few cases, the second. Whereas having Facebook accounts was very prominent, only about one-third of the assemblies frequently updated the accounts and activated tools that allow interaction with the public.

What is clear is that despite the increasing popularity of social media among citizens, assemblies don't offer what citizens need: political information and the opportunity for two-way communication.

Similar to the ways in which they mostly use their websites, social media platforms are mostly used to disseminate information, rather than to promote two-way communication with the public. This detracts from the benefits that social media, especially, can bring to connections between public institutions and citizens.

The assemblies must realise that the online space is the new campaign ground for public support. Whether they practise digital engagement or not, the public will continue to shape opinions about them, rightly or wrongly. It is only fair, then, that the assemblies add their voices to these online conversations.

They can do this by devoting more resources to digital communication and promoting overarching public engagement strategies.

There must also be regular training for digital managers of the legislative institutions and greater political will by the leadership. This will promote ongoing dialogue with Nigerians.

It may also help in reversing the level of public distrust of legislative institutions in Nigeria.

Temitayo Isaac Odeyemi receives funding for doctoral studies from Nigeria's Tertiary Education Trust Fund (TETFund) through the Obafemi Awolowo University. He is also affiliated with the University of Leeds, Leeds, United Kingdom, where is a doctoral researcher.

Omomayowa Olawale Abati receives funding from the National Research Foundation of the Republic of South Africa through Stellenbosch University where he undertake his doctoral research. He is also affiliated to Kings University, Odeomu, Nigeria where he teaches Political Science.

Election Petition: I disagree with process of trial and ruli...
3 minutes ago