By Hamieda Parker - The Conversation 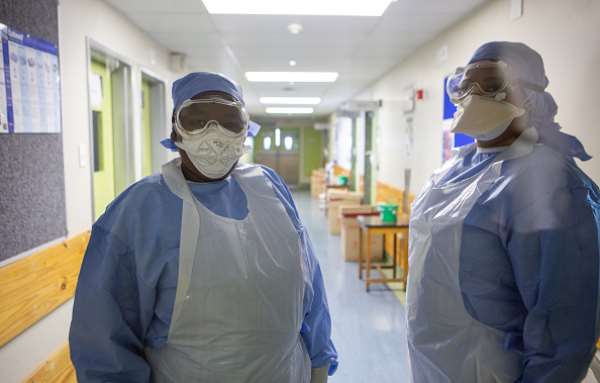 In a busy South African hospital recently, teams of nurses and doctors were given an unusual task. They had to figure out who could build the tallest freestanding structure out of nothing but spaghetti sticks and then balance a marshmallow on top. They had 20 minutes to work it out.

These were stressed individuals, not used to working together or communicating this much under normal circumstances, let alone on such a seemingly random task. They were feeling somewhat tense. But this would soon change. Their manager commented afterwards:

My staff all went into it with apprehension and anxiety and fear of the unknown, and all of them without fail came out of it with a different vibe. They just had energy. It changed them. I don't know how in less than half an hour, but they definitely came out with a positive outlook.

The hospital staff were participants in a University of Cape Town Graduate School of Business study on how creating psychological safety in workplaces can improve team morale and performance. And the team building exercise that they were asked to complete as part of the study was the marshmallow challenge , a design thinking game used to foster team cohesion and communication.

Over the last decade, a number of conceptual papers have proposed that games and experiential exercises can help improve team learning and team performance in the workplace. One study showed how a game could be used to develop leadership skills while another examined the use of a simulation to develop critical thinking skills.

In the Graduate School of Business study, the marshmallow challenge was used as a catalyst for building trust in the unit.

Very few studies have investigated the use of games in healthcare contexts, and there are no empirical studies that the authors are aware of that look at the use of games as interventions to cultivate psychological safety and team learning in resource-constrained healthcare settings. This study addresses the gap.

Research globally has shown that creating a space where people feel safe to voice opinions, make mistakes and risk ridicule when offering an idea can have a significant effect on teams. Quite simply, an environment of trust and mutual respect is crucial if you want to get things done.

Hospitals in South Africa's public sector are characterised by resource constraints, high workloads and risks. These dynamics often hamper the development of psychological safety and negatively affect the overall quality of work of healthcare teams.

The South African study set out to test whether the use of a simple and fun game (the marshmallow challenge) could create the conditions where psychological safety might take root – even in a highly stressed hospital environment. Specifically, the game helped expose teams to an environment – even if only a temporary one – that was optimised for idea sharing and creative problem solving.

Participants reported that team psychological safety improved directly after playing the game. And after the intervention, teams at the hospital communicated better and staff interacted more freely and felt more engaged and less anxious. This is especially significant in the current COVID-19 context.

The pandemic has ratcheted up pressure on hospital workers around the world. Healthcare workers are working extreme hours under harrowing circumstances. Psychological safety will be paramount.

Healthcare teams will be required to draw on knowledge and learning from all parts of the system to make quick decisions, learn from mistakes and implement changes that will facilitate the safe delivery of care. This cannot happen optimally unless teams are able to trust each other and the system sufficiently.

The South African hospital study is one of the first to indicate that simple team-based interventions, even in the highly stressed world of healthcare, can spark the development of psychological safety. Games can create a valuable learning experience for participants, which in turn may lead to improved levels of care.

The cost of the intervention is minimal, so it can be used effectively in resource constrained environments.

As the pandemic continues to cause uncertainty and upheaval in professional and personal lives, leaders and mangers can help to reduce anxiety by consciously building more psychologically safe workplaces. This benefits individual team members as well as organisations as a whole and could build organisational resilience in these difficult times.

The study on which this article is based draws on a paper co-authored with UCT GSB alumnus Dr Earle du Plooy.

Hamieda Parker received funding from the National Research Foundation between 2017 and 2019.

Election Petition: I disagree with process of trial and ruli...
38 minutes ago