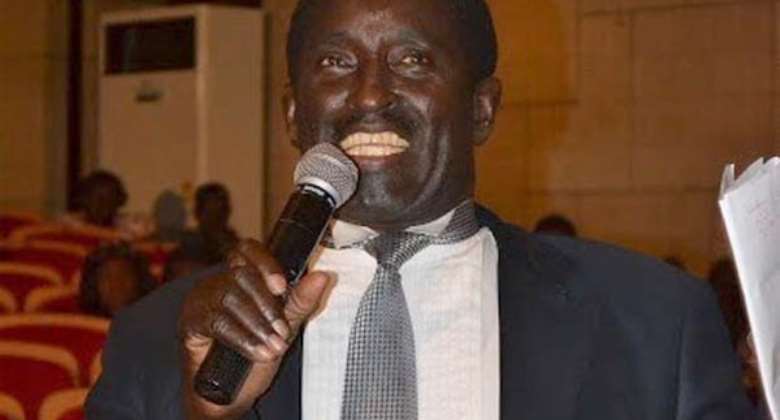 It is a truth universally acknowledged that in the newspaper industry, the quality of a newspaper is borne out by the EDITORIALS of the paper.

For this reason, the very first piece I read of any newspaper that I get is the EDITORIAL – oftentimes the Editors go to town with high display of verbal gymnastics.

It is a joy reading editorials. You can therefore imagine how I felt when I bought the Chronicle on January 12, 2021, and at their editorial column I saw a publication arguing that Ghana needs a new administrative capital.

The main reason advanced by the editorial was that Accra is choking or sinking under the weight of TRAFFIC jam.

The tragedy of Accra as a city is that it is NOT a planned city, like PARIS, ABUJA or others. Accra is just a boxed up hodge-podge of several communities, linked by roads!!!

You will not believe it, reader. In June 1972, after writing the last paper of our GCE O levels, several of the Form Five Students including me, from Achimota School, went for “afternoon jump” cassette record dance at St John's Grammar School, Achimota. The jam ended at about 5pm and the problem was transport back to campus!!

After standing by the roadside in vain for hours, we decided to walk back, getting to Achimota long after 8pm. Apparently the Headmaster of Achimota School heard of that leavers' afternoon jam at St John's, so he caused emergency roll call in all the ten boarding houses in the school.

Today, fifty years on, the road in front of St. John's Grammar School is eight lanes!!! And Accra is almost swallowing Nsawam. In 1988, when I built my 'hencoop' in Kasoa, it was maximum 20 minutes drive to Accra, but today, even with six lane driveway, just from the Kasoa toll booth, it takes me two hours DAILY to come to Accra and three hours in the evening, returning home.

It is true, Accra is sinking under the weight of traffic. But is Accra the biggest city in Africa? Or the world? How do they deal with the traffic problem? By moving the capital away?

Take the map and look at where national capitals are located – Washington, USA is at the seaside, eastern point. Look at Great Britain – London is at the south eastern part, look at Democratic Republic of Congo – the capital seems to be in the “handle” of the country!!

Merely moving the capital is not a solution to the problem – you can build underground rail tunnels as in Cairo and other jammed cities, you can widen the roads, BUT, ultimately the solution is TOTAL DECENTRALISATION.

In Ghana today, everybody who is somebody wants to be in Accra, wants to have a house in Accra, and wants to come to Accra for literally anything!!

Take education – for a long time, Accra hosted Legon, Kumasi Tech and Cape Coast UCC. Even today, as I write, why can't there be a university in BEREKUM, NKAWKAW, HOHOE, SEFWI WIAWSO…what is the problem?

Take health – for a long time it is only Korle Bu, 37 and Komfo Anokye Teaching Hospital. Why not develop specialist hospitals in the countryside?

But you see, human nature is such that people tend to go and flock in areas where there is food, employment, industry, movement, constant action. It is called URBANISATION.

Take each of the American cities, or each of the European cities – they practice DEEP SELF GOVERNANCE, so much that if you are elected President of USA or Prime Minister of Italy or French President – your beef is NATIONAL DEFENCE, FOREIGN AFFAIRS, FINANCE…not who should be appointed as DCE for Savelugu or Jinjini or Akatsi. The Head of State has no business worrying his head about public toilets, boreholes, bridges over feeder roads and primary school structures – that is the headache of the popularly elected MAYOR or DISTRICT GOVERNOR or whatsoever name you call him.

When I was a cadet officer at Royal Military Academy Sandhurt, UK, I met a lady friend who lived 20 miles outside London, and she told me to my shock that she had NEVER been to London.

She looked at my amazement with incredulity and asked: “But what am I going to do in London? There is everything in this community.”

Here in Ghana today, if even the regional capitals do not have everything in their communities, then how about their district capitals, like Tolon, Kumbungu or Aseidu Nketia's hometown SEIKWA??

And if district capitals do not have everything, then how about deep isolated communities like BAYERBON and GAGADUKOPE or KAPIKROM…

I put all the blame on Kotoka and Afrifa for their military coup of 1966 which came to abolish all the gains of LOCAL GOVERNMENT.