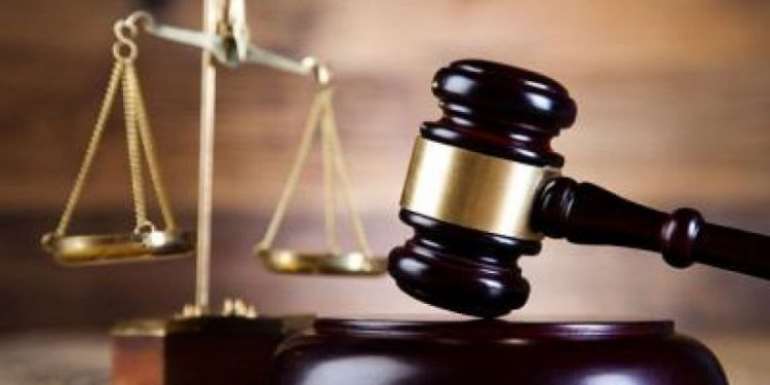 The Suhum Circuit Court in the Eastern Region has sentenced Daniel Kwasi Owusu, a farmer in Anum Apapam, to 15 years imprisonment for defiling his own 12-year-old daughter.

The mother of the victim disclosed to End Modern Slavery (EMS) of Engage Now Africa (ENA), an organization championing the end to modern slavery in Africa that she suspected that such action had been going on between her daughter and the husband for sometimes now, until December 26, 2020, when she walked on them in the act.

The mother of the victim added that she later found out the father warned the daughter never to mention the abuse to anyone.

The father, having been exposed, quickly trafficked the daughter from Anum Apapam to Osino, a small community in the Eastern Region.

The mother upon her engagement with End Modern Slavery (EMS) received assistance to report the case to the appropriate authorities which later got the suspect arrested and handed over to the Police at Anum Apapam who in turn handed the suspect to the Domestic Violence Victim Support Unit (DOVVSU) of the Ghana Police Service at the Suhum District Command for further investigations.

After cross-examination, she was discharged, and subsequently, the suspect was charged by Suhum DOVVSU and was arraigned before the Suhum Circuit Court.

Reports from End Modern Slavery (EMS) of Engage Now Africa (ENA) further indicated that on January 11, 2021, during the court hearing, the suspect admitted having abused the victim sexually and he was therefore sentenced to 15years imprisonment with hard labour.

End Modern Slavery led by Mr. Afasi Komla, who is the Director of Operations took the opportunity to meet with the family of the accused person and some community members at Anum Apapam and commended them for their efforts to make sure justice is served.

He stressed the need to report similar incidents to ensure perpetrators are brought to book.

The NGO provided the wife of the accused person with a livelihood package to enable her to cater for her four children.