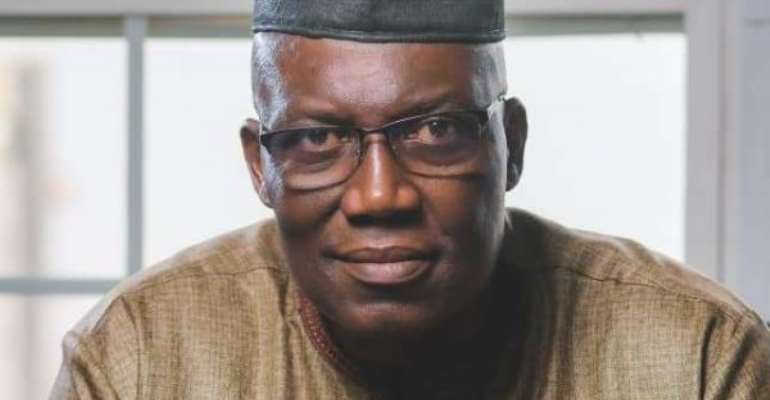 He said the Ghanaian economy was in recession after two consecutive quarters of negative Gross Domestic Product growth, adding that, the standard prescription for a recovery from recession was an economic stimulus package and yet Ghana was 'broke'.

Mr Thompson made this remark in an interview with the Ghana News Agency on the country's economic prospects in the year 2021, “looking through the crystal ball”.

He said the only way the country could start to fund a half-way decent stimulus package in 2021 was either to borrow about five billion dollars on the international capital markets or the country must reign in expenditure and increase tax revenue.

He described the solutions as a choice between the 'devil and the deep blue sea', saying, that was the situation President Nana Addo Dankwa Akufo-Addo would be facing either to borrow more or increase revenue mobilisation.

“Despite the rhetoric and the one hundred-billion-cedi Ghana Cares 'Obaatampa' programme, President Akufo-Addo, is facing a choice between “the Devil” and “the Deep Blue Sea” with respect to the economy.

He said the economic recession if not well managed would result in a spectra of high unemployment, reduced revenue collection combined with increased demand for stimulus packages.

“Businesses face reduced demand, revenues and profits. Customer defaults will rise and this will trigger staff layoffs and other unpleasant cost-cutting measures,” he said.

He said if government decided on a continuous borrowing trajectory, it could lead to the Ghanaian economy crashing, the effects of which would be heavy cuts to government expenditure, massive layoffs, unemployment, currency crash, and a low standard of living.

He said to avert the risk of debt distress, the country must reign in expenditure and increase tax revenue.

“To reign in expenditure, projects that have made the government popular will have to be severely curtailed or cancelled. These include; Free SHS, free water and electricity, NABCO and payments to depositors with defunct financial institutions,” he said.