Ghana looks up to you — ATAG tells Bagbin 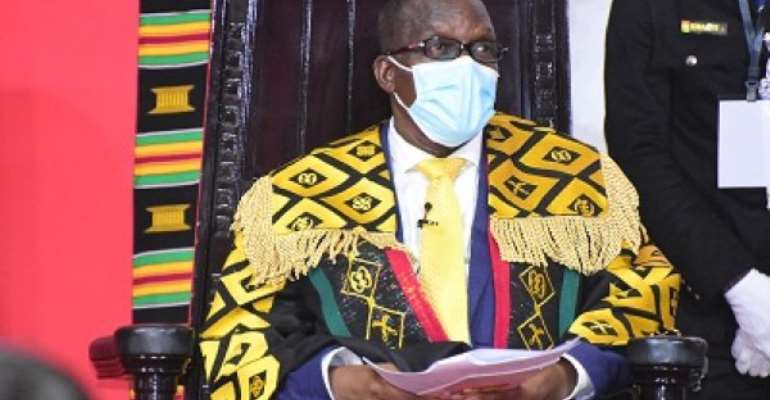 The Association for Transparent and Accountable Governance (ATAG) has expressed confidence that the experience of the newly elected Speaker of 8th Parliament, Mr Alban Sumana Kingsford Bagbin, will be brought to bear in the eighth Parliament.

According to ATAG, Mr Bagbin's “Rich experience as the longest serving Member of Parliament in Ghana is an assurance to many Ghanaians that at least the eighth Parliament will be a better one.

“Recounting the numerous occasions in the seventh Parliament when the minority side was deliberately suppressed in matters of national concern, we do not anticipate such a rubber stamp Parliament under your leadership,” ATAG said.

A statement issued by the leadership of ATAG and copied to the Ghana News Agency in Bolgatanga, said the ascendency of Mr Bagbin to the position of Speaker of Parliament came at a time Parliament needed a strong, knowledgeable, experienced and well-articulated Speaker.

“Whilst we acknowledge your rich experience and the show of leadership over the years, we are particularly happy that a son from Sombo in the Upper West Region of Ghana has been elected to chair the affairs in the House of Parliament.”

ATAG thanked the leadership of the National Democratic Congress (NDC) for the confidence reposed in Mr Bagbin, to nominate him to be elected as Speaker of Parliament.

The statement also called for full scale bipartisan investigation into the “unfortunate events” that occurred in Parliament.

ATAG wished Mr Bagbin well in his four-year tenure as Speaker, and prayed for God's blessings for him and the country.