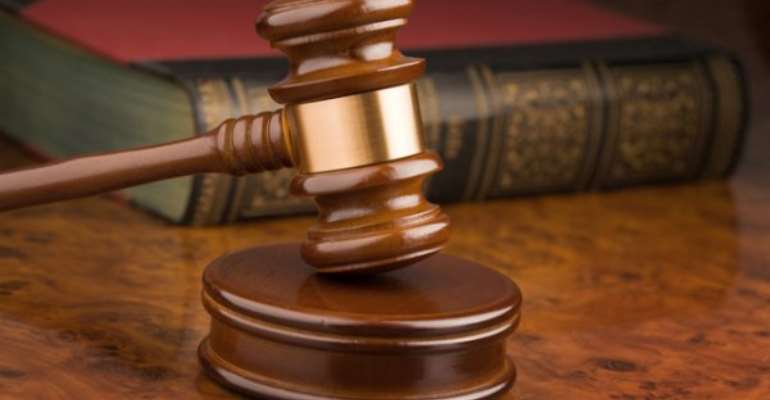 Frederick Asante a student of a bible school at Oda, has appeared before an Accra Circuit Court charged with fraudulent breach of trust.

He has however pleaded not guilty.

Asante is said to have collected GH¢30,000.00 from one Bright Opoku Frimpong to purchase a 2007 model Pontiac Vibe vehicle from Togo fro the complainant.

Asante after collecting the GH¢30,000.00 and an additional GH¢9,000.00 which was to be used to pay for custom duty and other expenses on the vehicle and bolted.

The court presided over by Mrs. Adelaide Abui Kadey admitted Asante to bail in the sum of GH¢20,000.00 with two sureties.

The sureties are to deposit their passport pictures and National Identify Cards to the Court's Registry. The investigator was also tasked to verify the abodes of the sureties.

The court ordered the prosecution to put its house in order by calculating the exact amount involved in the importation and the documentation of the said vehicle as the accused was disputing the amount involved.

It further directed the prosecution to file their disclosures. The case was subsequently adjourned to February 2 for case management conference.

Prosecuting, Chief Inspector Agatha Asantewaa said the complainant is one Bright Opoku Frimpong who resides at Kaneshie in Accra.

Prosecution said, in October 2016, one Reverend Alfred Koranteng introduced the accused to the complainant, as someone who deals in the sale of vehicles.

Prosecution said the accused told the complainant that it was cheaper to purchase vehicles from Togo.

The complainant thereafter parted with GH¢30,000.00 to the accused who purchased the Pontiac Vibe vehicle which was driven from Togo to Ghana.

The prosecution said on arriving in Accra, the accused informed the complainant that he has an uncle who is a customs officer who would facilitate the payment of duty and other documentation at the cost of GH¢9,000.00.

The prosecution said the accused after taking the money went into hiding with the vehicle.

He said a report was made to the Police and accused was arrested and escorted to the Criminal Investigations Department headquarters where he initially refunded GH¢8,000.00 and later an additional GH¢1,500.00 in open court.