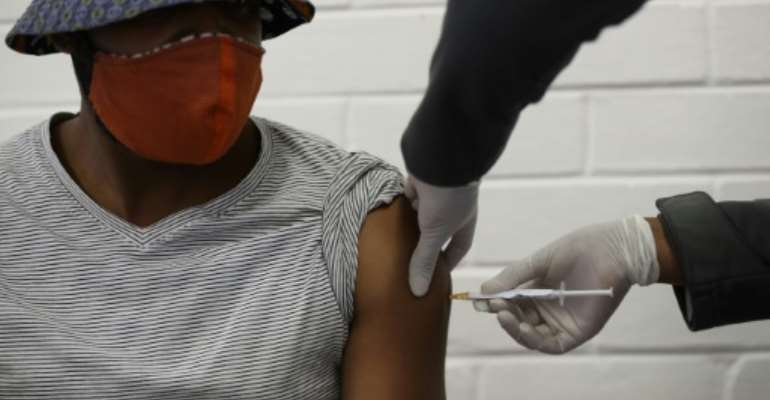 South Africa is placing high hopes on Covid-19 vaccines as it grapples with a surge in cases fuelled by a new variant. By SIPHIWE SIBEKO (POOL/AFP/File)

South Africa's government has started outlining its Covid-19 inoculation plans, despite not yet receiving a single vaccine dose, as it faces criticism over unrealistic targets and a lack of clarity.

The continent's worst-hit country is placing high hopes on vaccines as the authorities grapple with an unprecedented surge in cases fuelled by a new virus variant.

The government is aiming to vaccinate two thirds of its population -- around 40 million out of nearly 60 million people -- in order to achieve herd immunity by the end of 2021.

One million doses of AstraZeneca's Covid-19 vaccine are expected this month -- the first shipment of 20 million secured doses to be mainly delivered in the first-half of the year.

"This will be the largest and most complex logistical undertaking in our country's history," President Cyril Ramaphosa said during an address to the nation on Monday.

After weeks of public outcry over a lack of planning, Ramaphosa finally laid out a three-phase vaccination blueprint for the year ahead.

Around 1.2 million health professionals will be first in line for the shot, followed by 16 million elderly and vulnerable citizens, as well as frontline workers.

A remaining 22.5 million adults are then scheduled to be vaccinated. 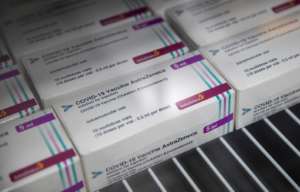 One million doses of AstraZeneca's vaccine are expected this month, the first shipment of 20 million secured doses. By Andrew Matthews (POOL/AFP/File)

But details on timing, suppliers and logistics remain thin, raising doubts over the plan's feasibility.

"That would mean we would have to vaccinate 150,000 people every day for the next 12 months," said Angelique Coetzee, head of the South African Medical Association.

"It's unrealistic," she added. "We do not have that capacity. Who is going to vaccinate all these people?"

Ramaphosa assured that negotiations with vaccine manufacturers would be centralised and transparent.

Faith in the government has been rocked by a string of coronavirus-linked corruption scandals last year involving high-profile politicians currently under investigation.

Ramaphosa said South Africa would secure its vaccines through the World Health Organization-backed COVAX facility, the African Union and "direct engagements" with suppliers.

The first 1.5 million AstraZeneca vaccines, expected in January and February, will be manufactured in India.

COVAX is expected to provide doses for 10 percent of the population between April and June. 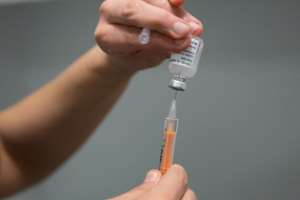 Experts estimate it could cost between 12 and 20 billion rand ($785 million and $1.3 billion) to vaccinate the entire population. By Jacob King (POOL/AFP/File)

Frustrated by the delay, the main opposition Democratic Alliance (DA) party has accused the government of sidelining "reputable" manufacturers in favour of Chinese and Russian suppliers, "hoping to score kickbacks".

"We have no concrete plan for the acquisition of this vaccine," the DA said in a statement this week.

"Where are the 20 million doses... being sourced from?"

Pressure is piling up on the government.

South Africa's second coronavirus wave has hit harder than the first, fuelled by a virus variant believed to be more transmissible.

To date the country has recorded more than 1.2 million cases and 34,000 fatalities.

"An effective vaccine will be a game-changer," Ramaphosa promised.

But experts estimate it could cost between 12 and 20 billion rand ($785 million and $1.3 billion) to vaccinate the entire population, according to local media.

That is a steep figure for a country with towering public debt which has been compounded by an economic downturn brought on by the pandemic.

The Treasury, which vowed to foot the bill, has not yet disclosed its budget for vaccine procurement.

Health Minister Zweli Mkhize has called on the private sector to help with the roll out.

Last week, South Africa's two biggest pharmacies said they would offer the shots in their stores, and provide storage and distribution facilities.

"The main challenge is going to be distributing the vaccine in parts of the country which are very difficult to get hold of," warned Schoub.

"There are parts of the country where there are not even roads."

Election Petition: I disagree with process of trial and ruli...
53 minutes ago