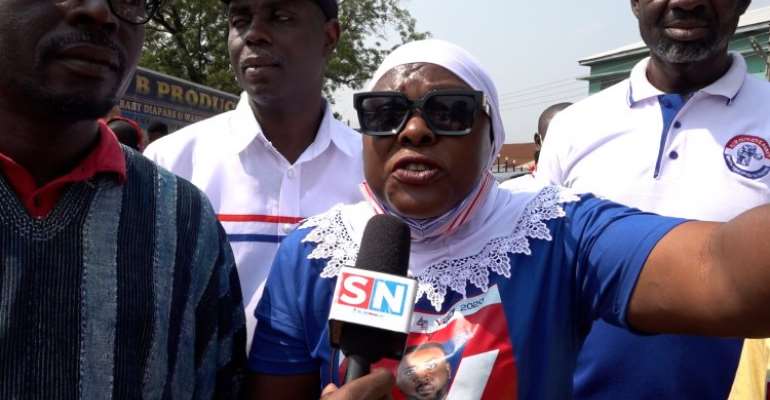 The Asanteman Nkosuo group has reiterated calls on the leadership of the governing New Patriotic Party to expand the electoral college to involve every party member who is in good standing to partake in the selection of the party's presidential and parliamentary candidates.

The pro-NPP group comprising of Nana P3p3y3 Fun Club, NPP Zongo Youth Association, Motor Ridders Association, among others in the Ashanti Region believe the move will proscribe any electoral defeat in the future.

The Deputy Secretary of the group, Hajia Laila Issah said, “the way and manner" in which the parliamentary candidates were elected in 2019 and 2020 led to the party's lousy performance in the just-ended general elections.

Addressing the press in Kumasi on Tuesday 12 January 2021; Ms Laila accused the Ashanti Regional bosses of NBSSI, MASLOC and NEIP as another cause of the party's failure.

She said the regional executives and some government appointees including the Regional Minister; Simon Osei Mensah and Kumasi Mayor; Osei Assibey Antwi slept on their jobs, and admonished Nana Akuffo Addo not to designate them again in his second term government.

She argued that some appointees and regional executives failed to disburse a pesewa to support NPP campaigns in 2020 despite funds allocated for political activities.

Ms. Laila told Soiree News' reporter, Maxwell Attah in a sideline interview that most of the youth in the party are disappointed in the recent trends of the NPP revealing that, “whenever there is an opportunity to recruit people into government institutions such as the army, police, and immigration, or awarding of contracts and scholarship. We are neglected".

She, therefore, urged the leaders of the party to pay more attention to the grassroots as "we always go out and campaign for the party, and assign us to high positions like the MMDCE and CEO of government agencies."

The group also implored Nana Akuffo Addo to embark on massive infrastructure in the Ashanti region in his second term to redeem the party's image.