Rebirth: The Fascinating Theory That Governs The Cycle Of Birth and Death 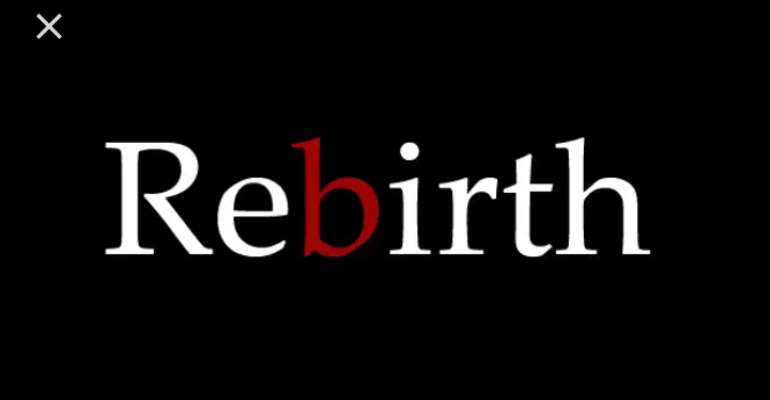 Once we are born, death is an axiomatic certainty because everything that has beginning must surely have an end. Death is a certainty for every man but unfortunately, we prepare to live but no one prepares to die.

Most humans don't want to think about death but it is the only indubitable end once we all have life. But as to what happens to that which is lives on after death; which we all believe that it exist and awaits judgement, is what mankind has been grappling with.

While some people believe that, once you are born and you die, that ends it and nothing happens afterwards. Others also believe we might have come from somewhere and as such when death knocks at our door, we shall surely have somewhere to go and account for our stewardship.

Various religions have their own understanding and philosophy of what happens to humanity in the afterlife. Thus, after death has laid its icy hands on us and in trying to help humanity appreciate what happens after death, is the reason for the write up.

To appreciate this better, Max Hiendel in his book titled "The Rosicrucian Cosmo-Conception or Mystic Christianity" has tried to outline some three theories that can help us fathom what holds in store for us when we all pass on to eternity. The theories are the following:

1. The Materialistic Theory holds that life is a journey from birth to death, thus from the womb to the tomb. With this theory, the mind is the result of certain correlations of matter and man is seen as the highest intelligence in the Cosmos (universe). This theory asserts that the intelligence of man perishes when the body disintegrates at death (Heindel, 1973).

Materialism, also referred to as physicalism, in philosophy, hold the view that all facts (including facts about the human mind and will and the course of human history) are causally dependent upon physical processes, or even reducible to them (Encyclopaedia Britannica, 2021).

Thus, the materialistic theory focuses only on the physical existence of man and discards anything transcendental and as such death curtails anything there is about any man. Once you die, you die and nothing happens again.

The second theory to consider regarding life, is the Theory of Theology which is the most popular view held by almost all of orthodox Christians across the world.

2. The Theory of Theology posits that each birth on earth emanates from a newly-created soul which enters the stage of life fresh from the hand of God. This fresh soul passes from an invisible state through the gate of birth into visible existence on this earth (Hiendel, 1973).

The irony of this theory is that, at the end of one short span of life in the material world, the soul passes out through the gate of death into the invisible beyond, whence it returns no more; that its bliss or misery there is determined for all eternity by its actions during the infinitesimal period intervening between birth and death.

The cardinal problem with this theory is that all humans that are born are new souls that are created by God. Such souls come to earth through birth and they sojourn on this earth for a negligible time frame; and when the soul departs from the body to eternity; whether that soul would be in heaven or hell is all dependent on the short life that the soul experience while on earth.

The inherent deficiency with this orthodox theological doctrine is that, all souls are not born under the same circumstances. As such to judge all of them with the same standards and yardstick is inappropriate and unfair. With this, those who pass or fail perpetually reside in heaven or hell as the case may be.

Additionally, the souls being born are not new souls created by God as being espoused by this theory. All persons who are born, have lived before and are only reborn to have the opportunity to corrects their mistakes to become better persons as the cycle of rebirth continues.

This has the tendency to depict God as partial who favours other souls above others. For example, if someone is the son of a Reverend minister, brought up in a mission house and thought all the good principles about God and another is born in a ghetto to a drug lord, exposed to all the bad things of life.

According to the Theory of Theology, when all these two souls expire at death, they are judged with the same standard and their faith determined. How unfair can that be?

We can now consider the third theory; thus, the theory of Rebirth.

3. The Theory of Rebirth according to Hiendel (1973) teaches that each soul is an integral part of God, unfolding all divine possibilities as the seed enfolds the plant.

This divine potentialities are unfolded by means of repeated existence in an earthly body where we gradually work on improving our quality. With time, and with hard work and acting aright, our latent possibilities are slowly developed into dynamic powers; that none are lost by this process, but that all mankind will ultimately attain the goal of perfection and re-union with God.

This rebirth philosophy is also held by members of the Hindu faith with a slight difference which is called reincarnation.

The term "Reincarnation is the religious or philosophical belief that the soul or spirit, after biological death, begins a new life in a new body that may be human, animal or spiritual depending on the moral quality of the previous life's actions". "The whole universal process, that causes the cycle of death and rebirth, governed by karma, is referred to as “Samsara" (Nagaraj, Nanjegowda & Purushothama, 2013).

The area of departure from the Hindu reincarnation to the rebirth philosophy as espoused by the Rosicrucians, is that, the life wave is a spiral and continues as it goes.

So, a human being of a higher wave cannot be reborn as an animal which is of the lower wave than that of humans. Humans are reborn as humans and not reincarnated into animals because of the life they led in their previous life.

The rebirth philosophy is the most ideal and which fits the cycle of life and death. It takes away the seemingly belief of partiality on the part of the Creator taking into consideration of the Theory of Theology which is widespread among most orthodox churches around the world.

Sometimes, people get surprised as to why someone is born blind or is a cripple or is in a certain very precarious situation. These things are better answered with the theory of Rebirth.

In the book of Galatians chapter 6:7-9 states "7. Be not deceived; God is not mocked: for whatsoever a man soweth, that shall he also reap.

9. And let us not be weary in well doing: for in due season we shall reap, if we faint not.

The verse 7 of Galatians Chapter 6 is the gravamen of the matter. God can never be mocked and as a man sows, so shall he reap.

This biblical injunction is what underpins the rebirth philosophy and the undergirding determinant in what happens in the life of each Ego or man. Nobody plants maize or corn and expect to harvest rice or watermelons because whatsoever a man plants, expectantly reap the fruits thereof.

So, in a particular life, all the good one does, and all the evil that are done, are put together and measured. When one is about being reborn again, the Lords destiny would look at it and give you a portion of your life to come and deal with it in your present life.

Rebirth helps us all to understand and appreciate that, whatever conditions we find ourselves in or the kinds of abilities we posses today is dependent on what we did in our previous life. It helps the believer or the non believer to come to the realization that, our actions today, shall surely determine the conditions we shall find ourselves in tomorrow.

There is an Akan adage that says "You can offer counsel to someone but, you cannot counsel his or her destiny". Impliedly, the Akans new that, regarding the life of someone and his or her destiny, there is absolutely nothing that can be done about it but, all that can be done is to proffer wise counsel to people. It is this advise that is offered which can help that individual to ameliorate his current predicament for a better tomorrow.

This particular theory, in itself defeats the luck factor in life. This doesn't negate the fact certain spiritual things can be put in place to enhances ones opportunities in life. But, certain opportunities that comes across the path of people which sometimes changes their fortunes is based on what the person did in his previous life and is reaping the fruits thereof.

Indeed, the parents who attract us and the environment in which we are born into, are determined by ourselves with the kinds of actions and behaviours we set in motion in our past life.

Rebirth in itself doesn't put fear in the believer but makes you aware that, life is about reaping what you have sown and it is incumbent on us who are living to begin to sow the right seeds to benefit from it in our next life.

If things aren't good today for you, you don't need to cut corners but live a life of purity, altruism, love for fellow man and exhibit all that is good and all these sow good seeds you shall reap better results in your next life.

All readers should aver their minds to the fact, life cannot be from the womb to the tomb as espoused by the Materialistic Theory and its adherents. Life cannot just be hear alone and when you die nothing happens? Then, the riddle; from whence did we come and from where shall we go cannot arise.

The conundrum of life cannot also be answered by the Theory of Theology because of it inherent difficulties. The fact that, one's infinitesimal sojourn here on earth can perpetually determine what happens after death, makes it very unfair to our existence.

Whether you believe it or not, have you ever asked yourself from where did you come unto this earth? Why do you possess the abilities you have and not others? Why is someone a good footballer or boxer or tennis player etc?

In trying to find answers to these riddle of life, one would only come to the realization that, what we have today including all our abilities and opportunities is dependent on what we did in our previous life.

I shall conclude this piece by making a passionate appeal to everyone that, we should all make conscious effort to act aright in order to sow better seeds for tomorrow. It is only through this, that we can make life better in our next life.