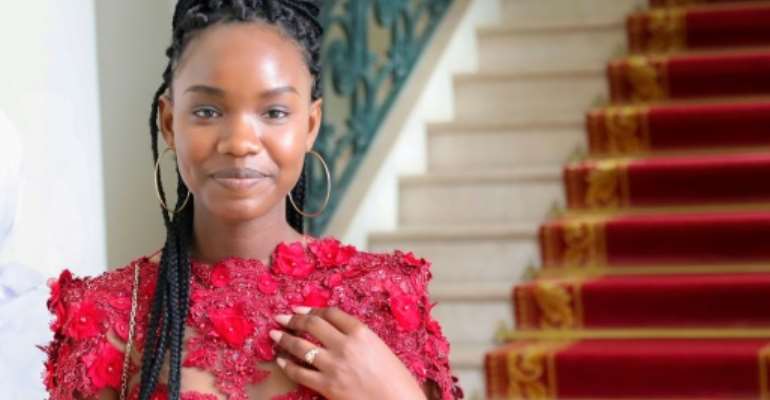 A top student and a novelist, Diary Sow has been missing for a week. By - (SENEGALESE PRESIDENCY/AFP)

Concern was growing Tuesday over the whereabouts of a prize-winning Senegalese female student and published novelist based in Paris who has been missing for over a week.

French authorities have launched a missing persons probe to find Diary Sow, 20, who has been not been seen since January 4 in a case that has caused concern in Senegal and France.

She won an award for being Senegal's best student in 2018 and 2019 and also wrote a novel published in France last year, "The Face of an Angel".

After the Christmas holidays, she failed to show up at the prestigious Louis-Le-Grand lycee (high school) in Paris where she has been studying for two years.

"She is a very punctual student, very serious. We raised the alarm quickly. No-one saw her and we did not find her in her apartment," said Henry Sarr, member of a Senegalese students group that issued appeals on social media to locate her.

The Senegalese consul in Paris reported her missing on January 7 and the consulate has put her picture and details on the home page of its website.

According to a source close to the case, who asked not to be named, investigators are currently keeping all hypotheses open, including the possibility that she ran away.

French prosecutors said a probe had been opened into her disappearance and handed over to the missing persons unit.

"Neither her parents, her friends, her tutor nor the ambassador have any news," said a member of the Senegalese community in Paris, Daouda Mbaye, who handed out flyers in Paris to draw attention to the case.