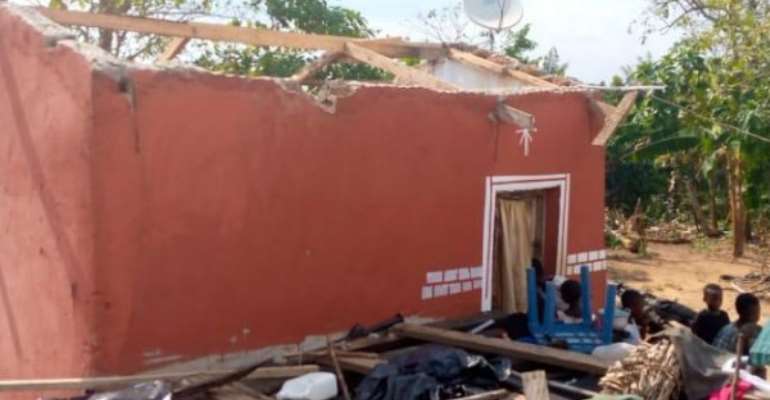 Mrs Ophelia Mensah-Hayford, Member of Parliament (MP) for Mfantseman Constituency has donated relief items to residents of Abeadze Kyeakor who were displaced after a torrential rainfall in the community last week.

The items worth hundreds of cedis included roofing sheets, blankets, bale of secondhand clothing, foodstuffs and an undisclosed amount of money to help ameliorate the plight of residents who were heavily affected by the disaster.

Residents of the affected community had their foodstuffs, livestock and farmlands destroyed by the heavy rainfall which also tendered them homeless.

Presenting the items, Mrs Hayford said it was to cushion the affected people and pledged to offer more support in times of any difficulties.

She called on the public to stop dumping waste in drains since the practice could lead to flooding and rather dispose refuse off at designated points for collection.

The victims expressed gratitude to the MP for the gesture saying the items had come at the right time to ease their plight.