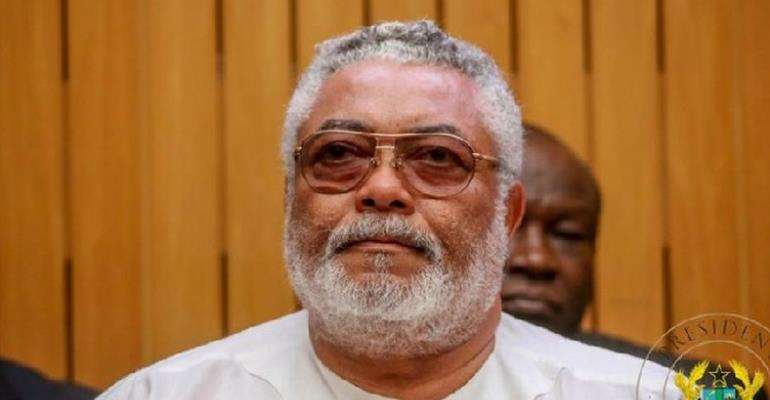 The ex-military and democratic leader of Ghana passed on November 12, 2020 after battling a short illness at the Korle Bu Teaching Hospital.

In a letter from the Ministry of Foreign Affairs and Regional Integration to Diplomatic Missions, International Organizations, and Honorary Consulates, the government has confirmed that the late JJ Rawlings will be laid to rest on January 27.

Before that though, the body of JJ Rawlings will be laid in state from 24th to 26th January 2021, at the Foyer of the Accra International Confronted Centre (AICC) from 9:00a.m to 5p.m daily.

Below is the letter from the Ministry of Foreign Affairs and Regional Integration: 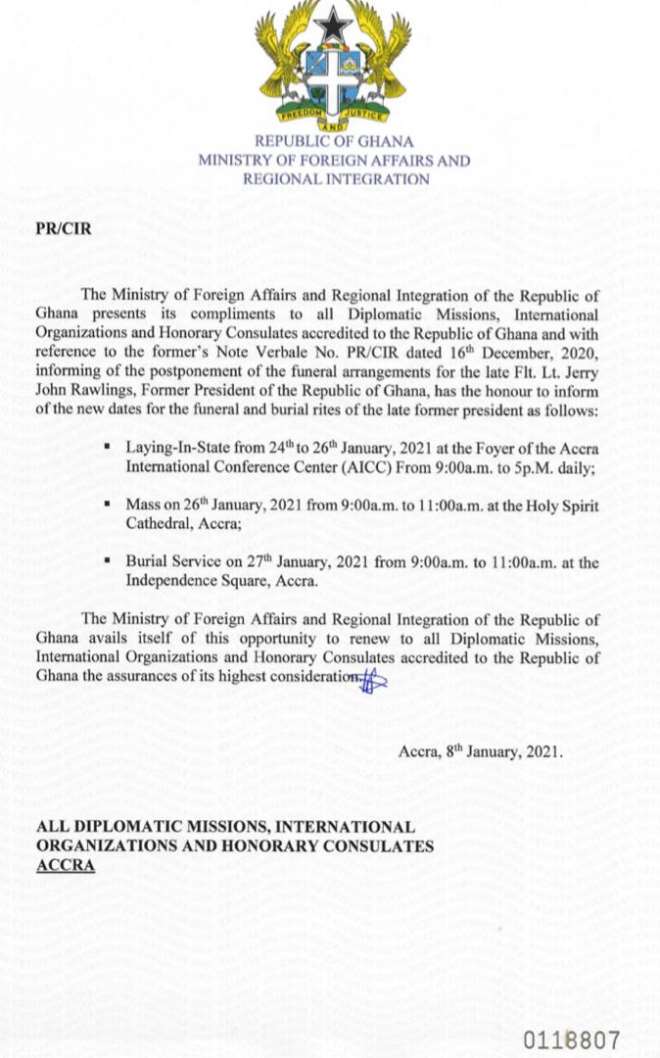