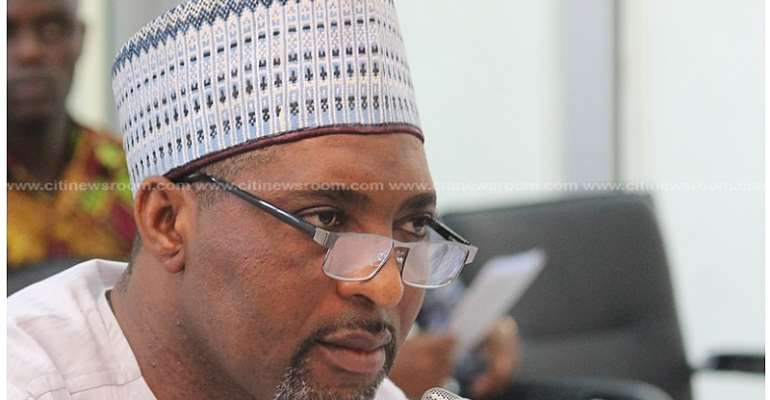 I was totally flabbergasted when I read on Ghanaweb yesterday that Muhammed-Mubarak Muntaka, the National Democratic Congress (NDC) member of parliament for Asawase and Minority Chie Whip has alleged that a Justice of the Supreme Court (JSC) telephoned a female MP-elect from the NDC to persuade her to vote against the NDC’s nominee for Speaker of the 8th Parliament (see, “Election of Speaker: A Supreme Court Judge attempted to bribe a female NDC MP - Muntaka”, Ghanaweb, January 11, 2021). My reaction after reading the report was one of utter disbelief. On further reading of headlines, I realised that other stories on the election of Speaker were attributed to Muntaka. I asked myself if he was possessed by gbeshi as Ayikoi Otoo would say so that in the case of charges and trial, he could plead forgiveness since his actions were under the control of gbeshi.

I struggled to come to terms with such damaging allegation against a member of the highest court of the land and asked myself a number pertinent questions as follows:

What would be the motivation for the JSC to act as being alleged by Muntaka, especially when s/he is at the pinnacle of her/his career? S/he will retire on her/his salary so what does s/he want in life? Unless of course, s/he is younger than the Chief Justice so when the Chief Justice retires in 2023, s/he will be made the Chief Justice, etc. In fact, the allegation did not make sense to me.

What motivated this unnamed JSC to put her/his career and reputation as well as the image of the Supreme Court and the entire judiciary at such a risk? On whose behalf was s/he acting, Prof Mike Oquaye, NPP or the presidency? Is this JSC aware that her/his alleged action amounted to interference with Legislature and therefore unconstitutional since it breaches the separation of powers between the judiciary, legislature and the executive arms of government? I still did not believe the allegation.

If true, this JSC is either very naïve, grossly careless or simply stupid to the highest order. But what the evidence has Muntaka got to prove his allegation? Was the conversation with the NDC female MP elect recorded, has the phone number used been confirmed as the number of the alleged JSC and if so, was s/he actually the person who made the call and spoke to the female MP elect? Is the voice confirmed by voice recognition technology? There were too many questions going through my mind.

Is Muntaka aware that these days anyone can pretend to be someone on phone? For example, in the wake of the confusion surrounding the Agyapa Anti-Corruption Assessment by Martin Amidu and his subsequent resignation as Special Prosecutor, someone allegedly texted to threaten him using a phone alleged to be that of the NPP Director of Communication, which turned out to be false? Is it possible that the phone number of the JSC was hijacked or cloned by someone to undertake this fool hardy act of criminal behaviour?

Due to the seriousness of the allegation if Muntake were to be charged, he must not only provide the recording of the conversation but also prove that the voice is that of the alleged JSC. Unless the voice is incontrovertiblly clear, then Voice Recognition Technology will be required to confirm whose voice is on the audio.

Finally, I concluded that perhaps, Muntak would not make such damaging allegation public if he had no strong evidence in his possession to support his claims. But even if he had indisputable evidence, is that how he should handle an important matter at a critical time that the political temperature is high due to election related matters? In my view, I beg to differ.

We may disagree with decisions of the judiciary or even particular judges or justices but the Judiciary is the only arm of government that we should all respect and ensure that it serves the constitution and the interest of Ghana. I am not suggesting that they are above the law or they are angels but subjecting judges and justices to public ridicule even if the allegations are true, is in my opinion, not the right approach.

It would have been better if the NDC had submitted a complaint to CHRAJ with copy to the Chief Justice together with their evidence, instead of what appears to be an attempt to sow doubts in the minds of the public about the impartiality of the Supreme Court just before the presidential petition hearing. This is dangerous and should be avoided. It also politicises the judiciary.

In view of the seriousness of the allegation, the Chief Justice must immediately set in motion a fast-track process to investigate the allegation and urgent action taken against the JSC, if the allegation is proven, including dismissal and prosecution.

I sometimes disagree with some decisions of the Supreme Court but I will object to the Supreme Court being scandalised or the judiciary being brought into disrepute in a manner that is unjustified. Of course, we have had the judges scandal exposed by Anas, yet that exposure also showed that not all judges are corrupt.

Chief Justice, the ball is in your court.