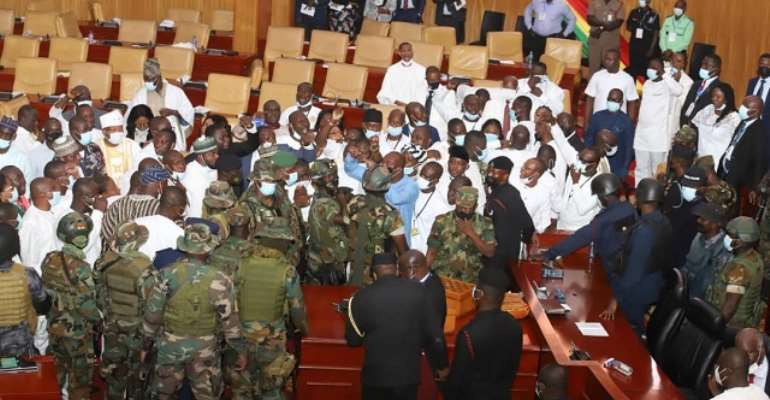 The Right Alliance Africa (RAA) has condemned the military invasion of Parliament in the election of tge Speaker of Parliament.

In a press release from the RAA, it noted that the country should refrain from using the military to torment Ghanaians the right to live freely in a democratic country.

“While we condemn the attempt to snatch ballots, we heavily condemn, in no uncertain term, the invasion of the seriously armed military and police personnel in the chamber of parliament. The seditious act of using armed military and police men to foil the civil democratic process of elections has become the increasing order of the day,” part of a press release from the Right Alliance Africa group has said.

The release signed by Michael Sumaila Nlasia who is the Director of Communications of the group adds, “It was a bad scene for our democratic experimentation. The path we have decided to chatter in our democratic dispensation is enormous. But then, it should encourage us to abide by the rule of law to avoid the slightest chance of the military to interfere in our right to live freely in a peaceful society."

Meanwhile, the RAA has called on the leadership of parliament to apologize for the unfortunate incident that ensued and launch an investigation into the cause of the matter to provide appropriate sanctions to the perpetrators.

Below is the press release: 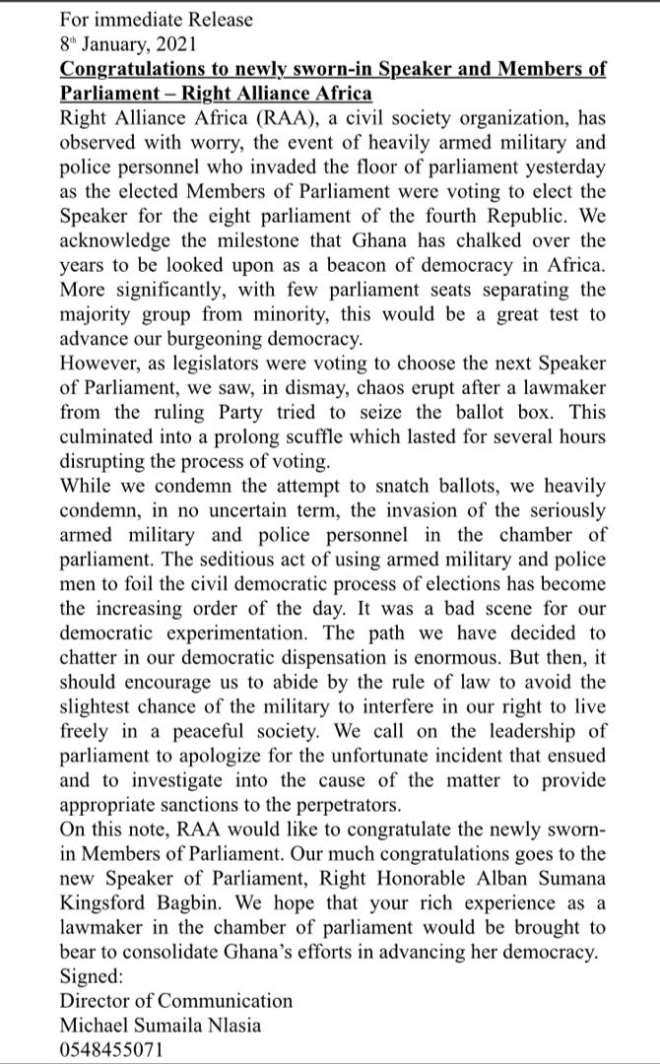