Doctor, two others in GH¢18-million theft case adjourned to February 2 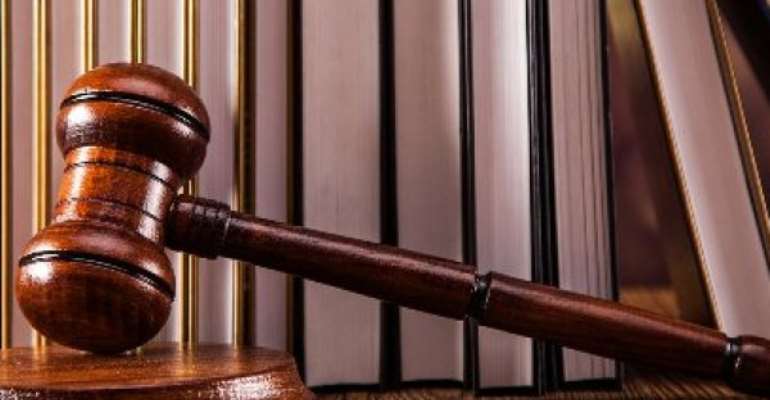 The Accra Circuit Court 9 on Monday adjourned to February 2, a case involving a medical doctor and two others alleged to have stolen GH¢18 million.

This is to allow the substantive judge take over the case.

The Court, presided over by Mr Samuel Bright Acquah, had earlier granted an GH¢18 million bail with four sureties each to Patrick Henry Asiamah-Andoh and Job Kwasi Mensah for allegedly stealing GH¢18,600,000.00 from their employer.

The sureties, the Court ordered, should be resident within the Court's jurisdiction, they should be public servants earning not less than GH¢2,000.00, whilst the accused are to report once a week to the Regional Police Command.

Both accused persons pleaded not guilty to conspiracy to commit crime, to wit stealing and stealing.

Their accomplice, Dr Isaac Musah Addo, was not in court when the case was first called in December 2020.

Chief Inspector William Kwadwo Boateng told the Court that Mohammed Hama was the complainant and the owner of Maiga Oil and a resident of Oshuman in Accra.

He said Dr Addo, currently on the run, is a medical doctor staying at Mamprobi; Asiamah-Andoh was the General Manager of Ezy Oil and a resident of Lashibi, while Mensah, a building technologist, resides at Lakeside Estate, and also an employee of the complainant.

He said in February 2020, the complainant engaged the services of Dr Addo and Asiamah-Addo to manage his filling stations as well as the OMC license for him.

Prosecution said Mensah also joined the two in March 2020 and between February and March the three withdrew various sums of monies from the complainant's Stanbic Bank Account.

Chief Inspector Boateng said as a result, the GRA, BOST and NPA placed embargo on the complainant's OMC license, which prevented his filling Stations from lifting fuel, so he queried the accused but they could not account for the monies.

He then lodged a formal complaint with the police, which led to the arrest of the three and after investigations, were arraigned.

Efforts were being made to arrest Dr Addo, prosecution said.

Ms Rebecca Darko, their counsel, who held brief for Mr Boakye Agyemang, informed the Court that Dr Addo had not absconded but was not within the jurisdiction of the Court when they were summoned.

She said the accused had cooperated with the police since their arrest and they had a fixed place of abode.

Madam Darko prayed prosecution to furnish the accused persons with all the necessary documents, which they could rely on for trial.