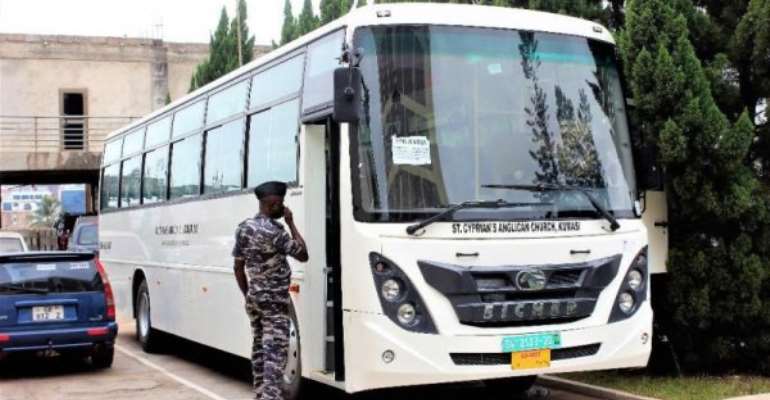 President Nana Akufo-Addo has expressed gratitude to the electorate in the Ashanti Region for their massive support, resulting in his victory in the December 7, 2020 general election.

The electorate, he said, demonstrated trust in his government, giving the assurance that he would not disappoint the people in the discharge of his duties.

He said the Ashanti Region, a traditional stronghold of the ruling New Patriotic Party (NPP), would get its fair share of development projects in the second term of his administration.

Nana Akufo-Addo polled more than 1.7 million votes in the Ashanti Region and eventually emerged the winner for a second term.

Addressing a thanksgiving service, which coincided with the presentation of an Eicher-branded bus to the St. Cyprian's Anglican Cathedral in Kumasi, the President said he prioritised the wellbeing of the people.

The bus, a personal gift from President Akufo-Addo, who is also a member of the Anglican Church, is in fulfillment of a promise he made to the congregation.

The donation is to facilitate God's work and other administrative purposes for the growth of the Church.

President Akufo-Addo sought the continued support of Christians as he worked to transform the lives of the people.

He expressed thanks to God for how far He has brought his administration, saying he was focused on delivering his campaign promises.

The Most Reverend Professor Daniel Yinkah-Sarfo, Primate and Metropolitan Archbishop of the Anglican Province of West Africa and the Internal Province of Ghana, expressed gratitude to President Akufo-Addo for the gesture.

Manual on COVID-19 vaccination being developed for public se...
55 minutes ago